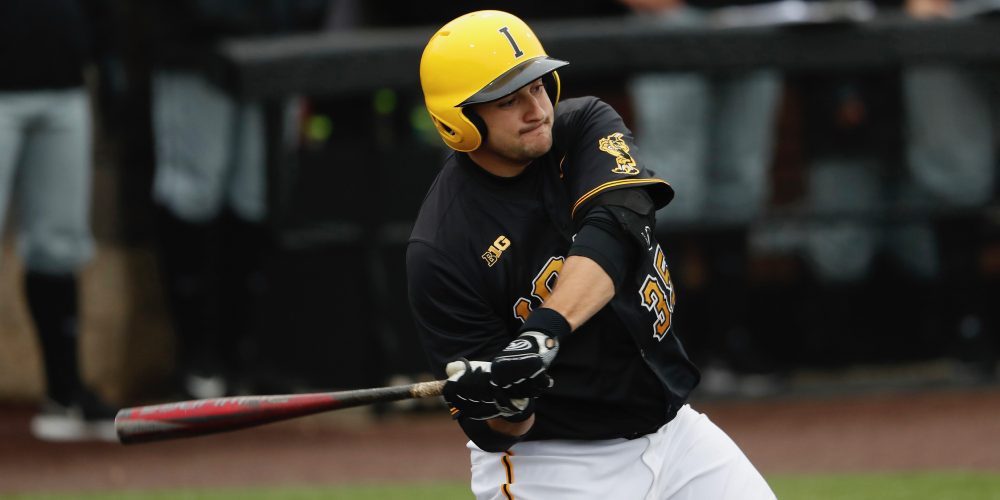 Iowa's Jake Adams is having a silly year at the plate. (Iowa photo)

Iowa’s Adams: The Baker Of Bombs

That’s the nickname – props to FoulPoleSports – for Adams’ home runs, and he has hit 24 of them so far, breaking a school single-season record that had lasted 31 years.

The 21-year-old Adams leads Iowa (34-19) in batting average (.344), RBIs (65) and slugging percentage (.750) as the Hawkeyes prepare to open the Big Ten tournament on Wednesday vs. Maryland at Bloomington, Ind. He trails national leader Ben Fisher by one homer, but he is averaging 0.45 homers[…]