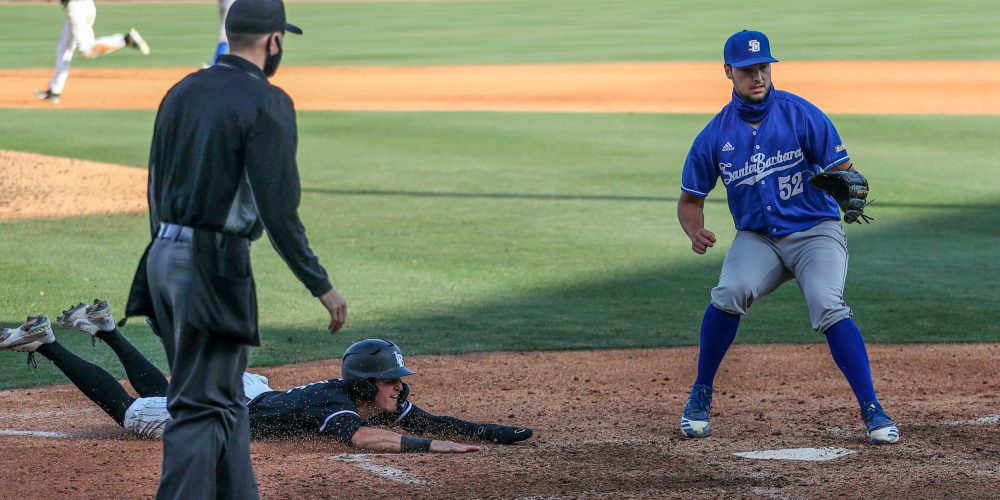 LONG BEACH, Calif. — Long Beach State is plenty used to things not going its way. It’s been a common theme the last 13 months. So there was no panic when the Dirtbags saw a tough-fought scoreless battle erupt into a 6-0 loss in the opening game of a Saturday doubleheader against UC Santa Barbara.

Even when they fell behind early in the second game, when they saw a mid-inning lead quickly disappear or when Santa Barbara took a seventh-inning lead for the second time on the day, the Dirtbags stayed the course and found a way to earn a[…]