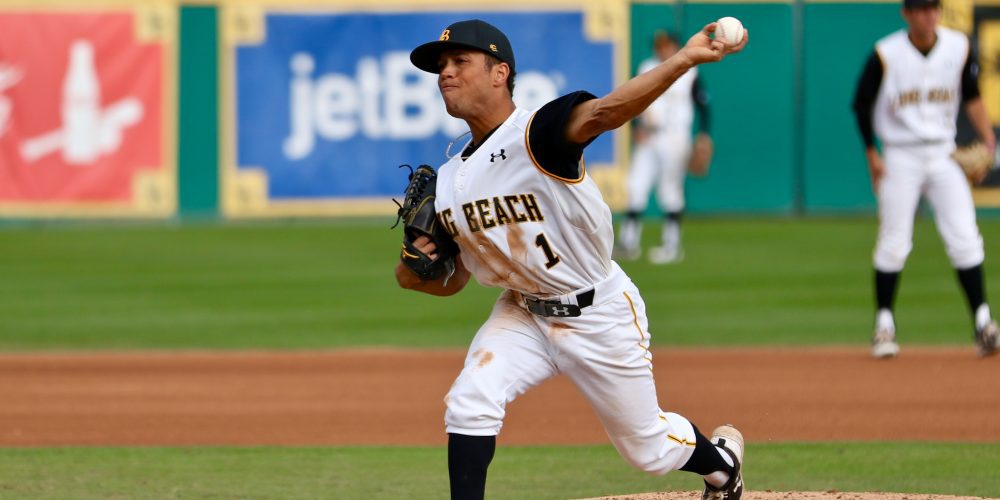 LONG BEACH, Calif. — Friday night’s series opener between Long Beach State and Ole Miss was supposed to be an electric affair between two highly-regarded sophomore lefthanders — Zak Baayoun and Ryan Rolison. Scouting directors, crosscheckers and even a couple of MLB general managers were expected to attend.

When the series got started with a doubleheader Saturday, there was still a heavy contingent of MLB personnel in attendance, but a different lefty actually stole the show as the Baayoun-Rolison matchup never materialized.

Instead, the smallest battery in the country helped Long Beach State beat Rolison and hand Ole Miss its first loss of the season, 4-3, in the series opener at Blair Field as 5-foot-6, 160-pound two-way player Clayton Andrews and 5-foot-7, 170-pound catcher Chris Jimenez led the Dirtbags to a win. Andrews outpitched Rolison and Jimenez had the go-ahead RBI against the potential No. 1 overall pick.

“It’s the complete antithesis of professional profiling,” Long Beach State head coach Troy Buckley said. “But that’s what makes college kind of beautiful too. That’s why I kind of liked it.”

Instead of starting Baayoun in the first game of the series, Buckley flipped the script. With Andrews scheduled to start one of the games, Buckley chose to throw him first and save Baayoun for the nightcap. The Dirtbags thought it would be less strenuous on Andrews’ arm to pitch first and then play the outfield rather than trying to pitch when his body felt more fatigued. They didn’t want him to expend a bunch of energy chasing fly balls before trying to take the mound in the second game of the doubleheader.

Andrews rewarded the decision by outdueling the potential first overall pick in the next draft. The diminutive southpaw moved the ball in and out and showed that location is more important than velocity. His fastball rarely made it to 90 mph, but he made a strong Ole Miss lineup look silly at times. Several hitters flailed at Andrews’ changeup that faded away from the Rebels right-hand dominant lineup.

“I thought he did a really nice job,” Buckley said. “The changeup is a good pitch. I mean it’s his best pitch, but he throws hard enough where you just can’t stay on the changeup.

“I thought he had better stuff at times against TCU and against Saint Mary’s, but he made pitches and he kept the ball down.”