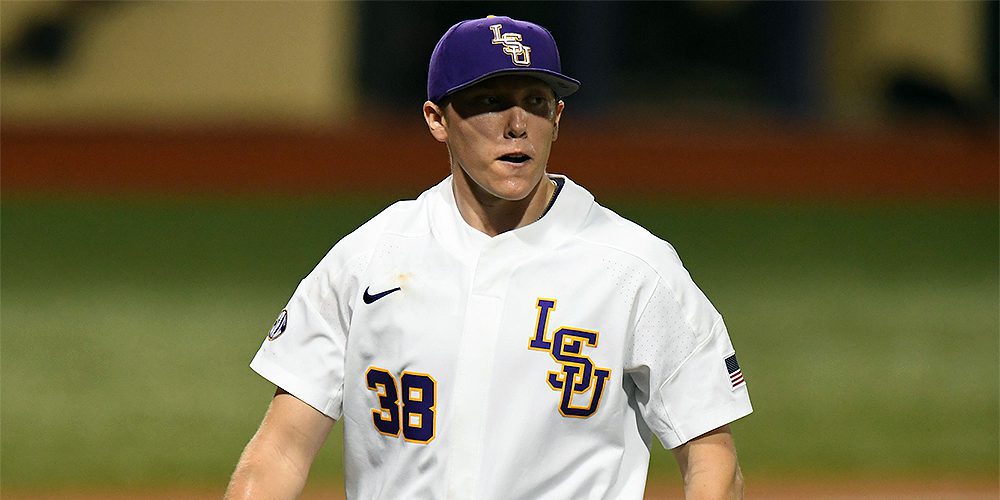 BATON ROUGE, La. — We now know how LSU righthander Zack Hess performs when everything looks like its at a crossroads.

The fiery righthander become a national sensation last June when he dazzled observers at the College World Series. He was absolutely perfect for that role with his “Wild Thing” mantra and all. But with an injury in Omaha to righthander Eric Walker, the Tigers needed to thrust him into the weekend rotation this season. They didn’t have other high-quality options available.

That move was a risk. Hess had been groomed to be a closer, and his hard-nosed mentality was exactly what you wanted at the back-end of games. But was it the greatest approach for a starting pitcher? That was the question.

Last week against Notre Dame, Hess looked like someone who needed to move back to the bullpen as soon as possible. He struck out just two batters, walked six and allowed eight runs and five hits in just 2.1 innings. He threw 78 pitches in that game, too. Those in attendance say the performance was uglier than the stat line indicates, which is telling.

So, Friday night’s contest against Texas was a line in the sand moment for Hess, even if LSU coach Paul Mainieri won’t openly admit it. Fail miserably in this contest, and conventional wisdom would suggest that Hess is likely headed back to the bullpen sooner rather than later. Show some potential, then Hess is likely staying put in the rotation for the foreseeable future.

The righty left nothing to chance against Texas, showing premier stuff, particularly with his breaking ball and better command en route to a dominant 13-2 win over fellow top draft prospect and Texas righthander Nolan Kingham.