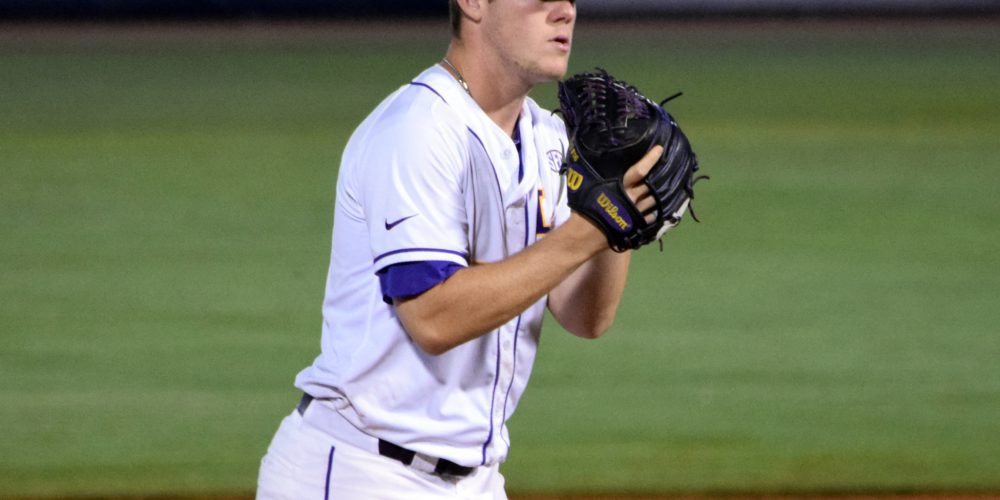 LSU’s Poche Adds To His Legacy

HOOVER, Ala. — Jared Poche wasn’t going to let it happened a second time.

The last time the LSU junior lefthander faced top-seeded Mississippi State, it was a warm night in Baton Rouge in what then was a huge series between two national title contenders. And in that start, he wasn’t his usual self, striking out just two batters and allowing seven runs, six earned on eight hits in six innings of work.

LSU lost that game and ended up losing the crucial home series. But he wasn’t going to be denied in the second meeting against the Bulldogs. While 50-plus scouts, including some general managers and scouting directors converged on the area behind home plate to get a glimpse of Mississippi State prized junior righthander Dakota Hudson, Poche did his part in stealing the show from the soon-to-be high first round pick in a 6-2 Tigers win that propels them to the bracket championship game on Saturday.

“I thought he was awesome, and I thought that was the best he has thrown all year,” LSU coach Paul Mainieri said. “Alan [Dunn] called more curveballs in the first inning than he has thrown much of the year, and even with the zone a little tight, he kept pounding away and then the zone widened up a bit.”