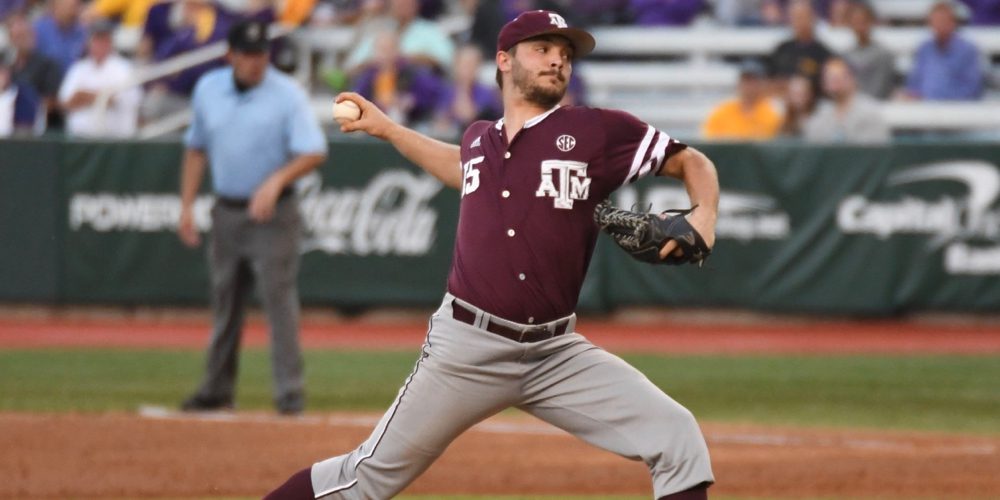 BATON ROUGE, La. — Maybe it’s too early to say that Texas A&M’s back is against the wall — after all, we haven’t even reached the midway point of the regular season. But after starting 1-5 in the SEC, the Aggies knew how important this weekend’s series at LSU is. There’s no hiding from the truth — A&M would be in a world of trouble if it started conference play with three straight series losses.

And nobody embraced that reality more than Brigham Hill. The A&M ace started the season on an incredible roll, throwing 20.2 consecutive scoreless innings over his first three starts before running into some adversity over his next three starts, during which he allowed 13 runs over 16.1 innings (7.16 ERA). Hill takes pride in being the staff ace, and there was no way he was going to let his team start off the crucial Week Seven series in a hole.

As good as he was during the first three weeks, Hill saved his best performance to date for when his team needed it most, delivering eight innings of three-hit, shutout ball to lead the Aggies to a 4-0 win at LSU on Friday night. He walked two and struck out seven.

“We needed this. I needed this,” Hill said. “I’ve been working even harder every week, I’ve been struggling a little bit. I needed to come out and make a statement for the guys. That’s why I’m there.”