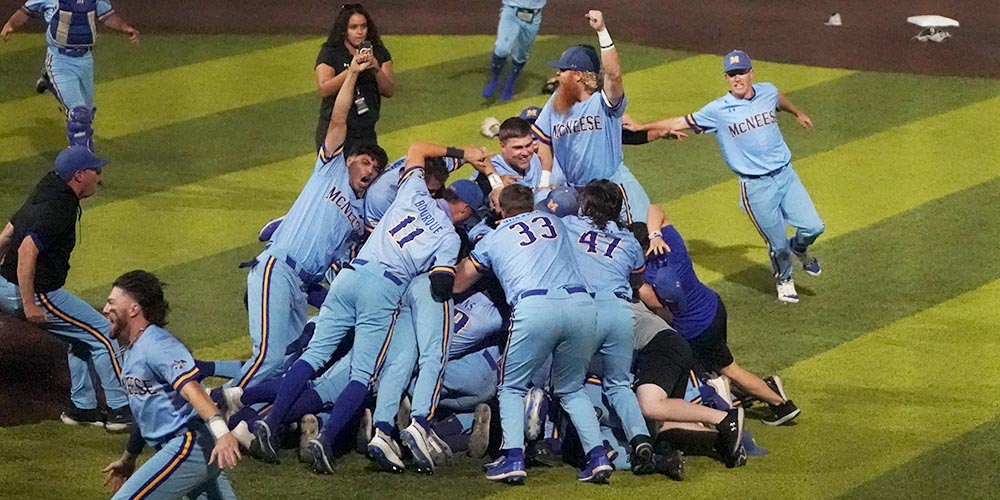 The Pokes On Top: McNeese State does the dog pile thing after winning the Southland title.

HAMMOND, La. — Something had to give.

The Southland Conference finale was a rather interesting dichotomy between the two teams. Sam Houston lost its first game of the SLC Tournament back on Wednesday and then roared back to win four games by scoring a combined 50 runs, including a 15-13 win in Saturday’s first game over regular season champion Abilene Christian. But in the nightcap they were facing a McNeese team that had given up just four runs in their three wins here in Hammond.