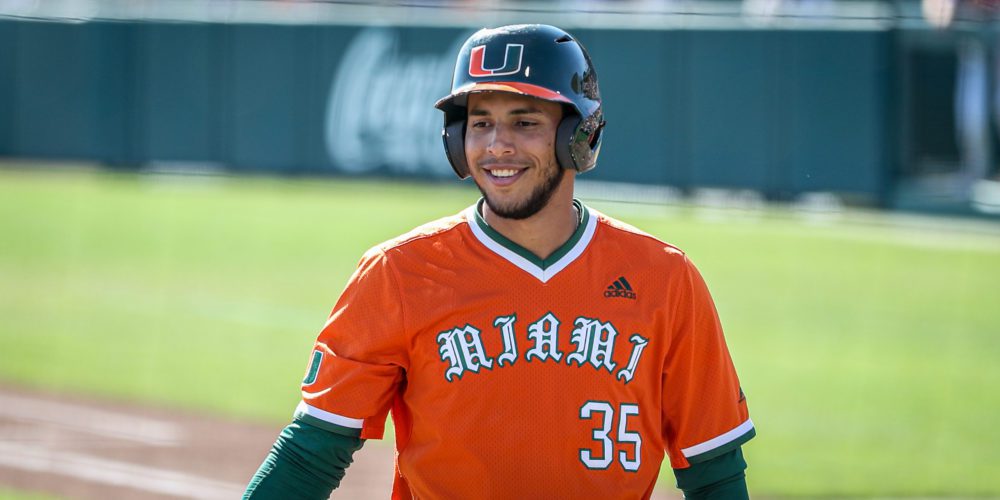 Miami was all smiles after winning a road series at No. 18 Clemson. (Shotgun Spratling)

CLEMSON, S.C. — Gino DiMare came back out of the dugout to voice his displeasure a second time. The Miami head coach knew his argument wasn’t going to change the umpires’ mind and that he was treading dangerous waters since NCAA rules allow for an ejection of anyone arguing after a review.

DiMare was upset with an inning-ending out call at the plate that was reviewed (for nearly six minutes) and upheld when there wasn’t clear and definitive proof from the available angles, though it appeared Miami shortstop Dominic Pitelli, attempting to score the go-ahead run from second base on[…]