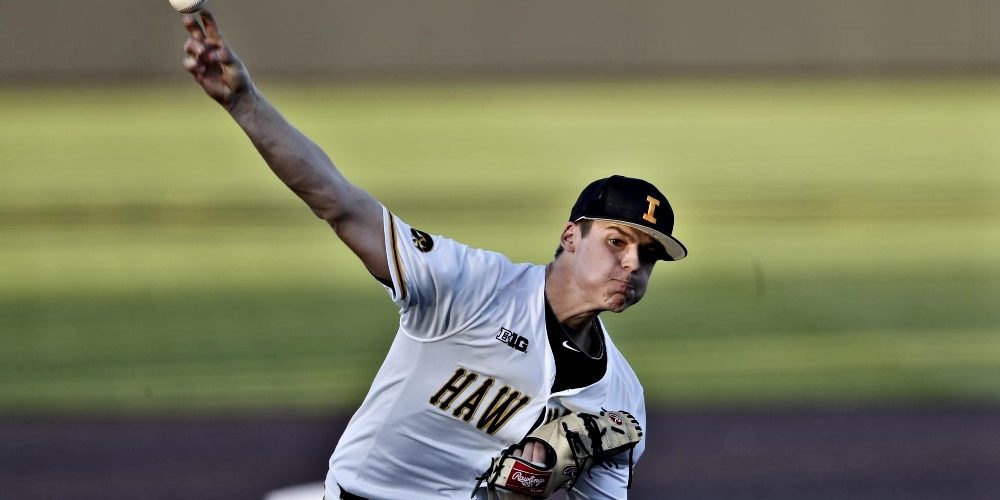 Iowa entered the season missing their top two offensive producers from 2018, with catcher Tyler Cropley (.342/.449/.578) and outfielder Robert Neustrom (.311/.386/.538) each lost to the professional ranks after last year’s Major League Draft. Three months ago we wrote this about Iowa in our Big Ten Conference Preview:

“A lot will hinge on how this team congeals over the first half of the season. There is plenty of talent in place for the Hawkeyes to make a run through the Big Ten, but only if coach Rick Heller and his staff can successfully blend the new blood with the old. With 13 of their first 14 games on the road, there will be plenty of opportunities for team building, and an early-March series at Oklahoma State will afford Iowa a solid measure of its progress. Count on the Hawkeyes to keep things interesting and provide a stiff challenge to the rest of the conference.”

Fast-forward to late April and it’s hard to picture the season following that roadmap any closer than it already has. Iowa is sitting on a 26-16 record (11-7 in conference) and an RPI of 61, positioned well for both a Big Ten tournament run and even an at-large bid with a strong finish. The Hawkeyes came through a challenging early season schedule in good shape and not only picked-up a nice road series win against the above-mentioned Oklahoma State club, but were a blown save in game one of a Friday double-header away from sweeping the Cowboys. Additional resume builders so far include an impressive sweep of Illinois and, most recently, a series win against then-first-place Nebraska last weekend. In short, the Hawkeyes are rolling.