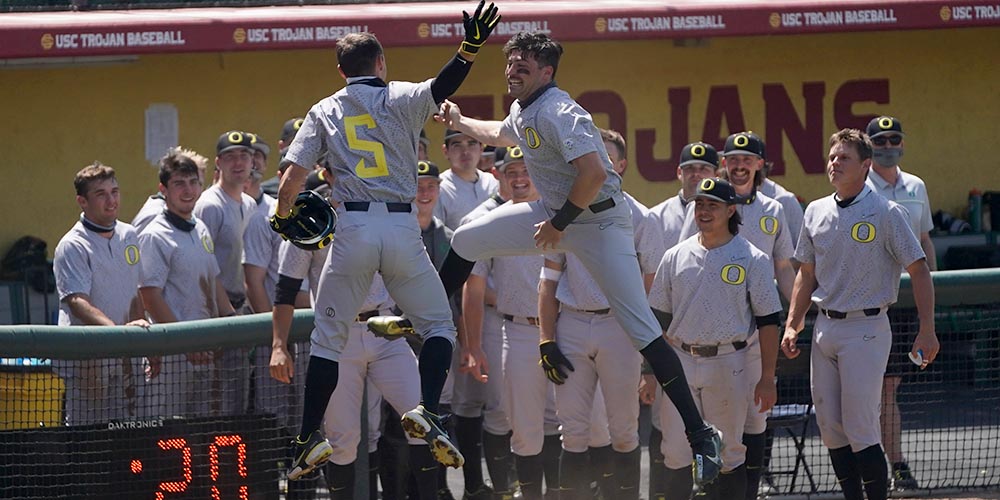 The Oregon Ducks fly high in their payback win over USC on Saturday.

LOS ANGELES, Calif. — I felt like I was stuck in Groundhog Day, except I don’t make the same kind of money as Bill Murray and I don’t have the vivacious Andie McDowell to pitch some woo with every day I am reliving.

For the second day in a row a team from the Pacific Northwest scored seven runs early in a game against a SoCal rival and cruised to a big win. Yesterday it was Gonzaga over Pepperdine, 10-0, which included a no-hitter. This time it was Oregon taking down USC 13-4 thanks to a seven-run second inning that[…]

On The Mark: The RPI Conundrum