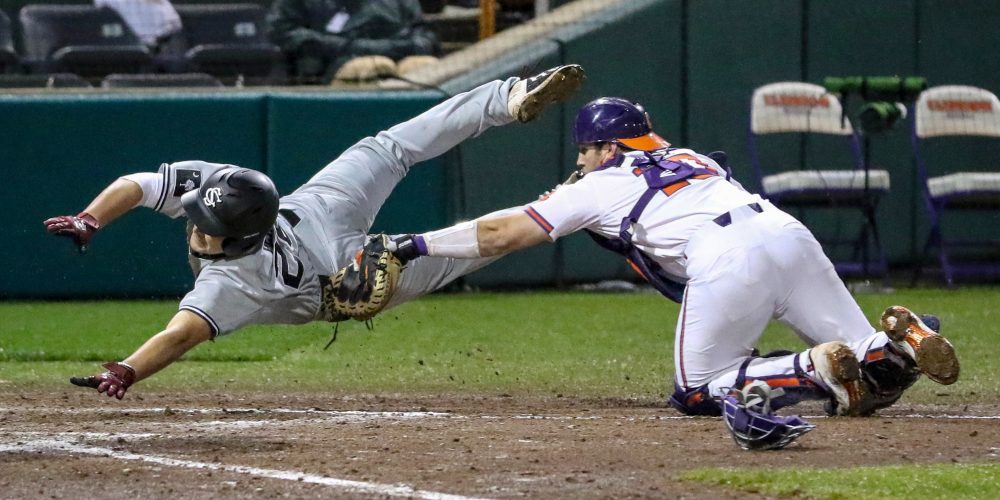 Kyle Wilkie gets the tag on a diving Quinntin Perez. (Shotgun Spratling)

CLEMSON, S.C. — Newcomers are supposed to be awestruck the first time they experience a rivalry of the caliber of the Palmetto Series.

South Carolina must have forgotten to hand out the orientation packet letting its new faces know because a trio of freshman relievers and the bat of junior college transfer Andrew Eyster helped push the Gamecocks past Clemson, 5-4, in the series opener at Doug Kingsmore Stadium.

“It’s a testament to the coaches and how well they’ve prepared us,” Kerry said. “It’s no more pressure than a regular game and I just think that’s how we all look at it and we’re just going to play like it’s a regular game.”

Kerry wasn’t expected to get significant playing time in any game, against a rival or even a pushover, initially. The righthander sat down with the South Carolina coaches in the fall and was greeted with a harsh reality. If Kerry wanted to get any time on the mound as a freshman, he was going to have to take a big jump forward.

The Gamecocks needed their freshman pitchers to come in and be ready to make an impact after losing the three pitchers that led the team in innings pitched, which combined accounted for nearly 42 percent of the team’s innings. They had expectations for Sweatt and Tringali after the fall. Kerry was told he needed to be better. He took the talk to heart.

He strengthened his body and his mind during the winter break and came back a different pitcher — one that Kingston and his staff could use; one that can be a vital cog in the Gamecock bullpen; one that has improved stuff on the mound.

“It shows the kid has a big heart and that’s he a very focused and determined kid,” Kingston said. “He’s gotten his game up to another level than what we saw in the fall and it needed to be. Now he’s a very important piece of the puzzle.” 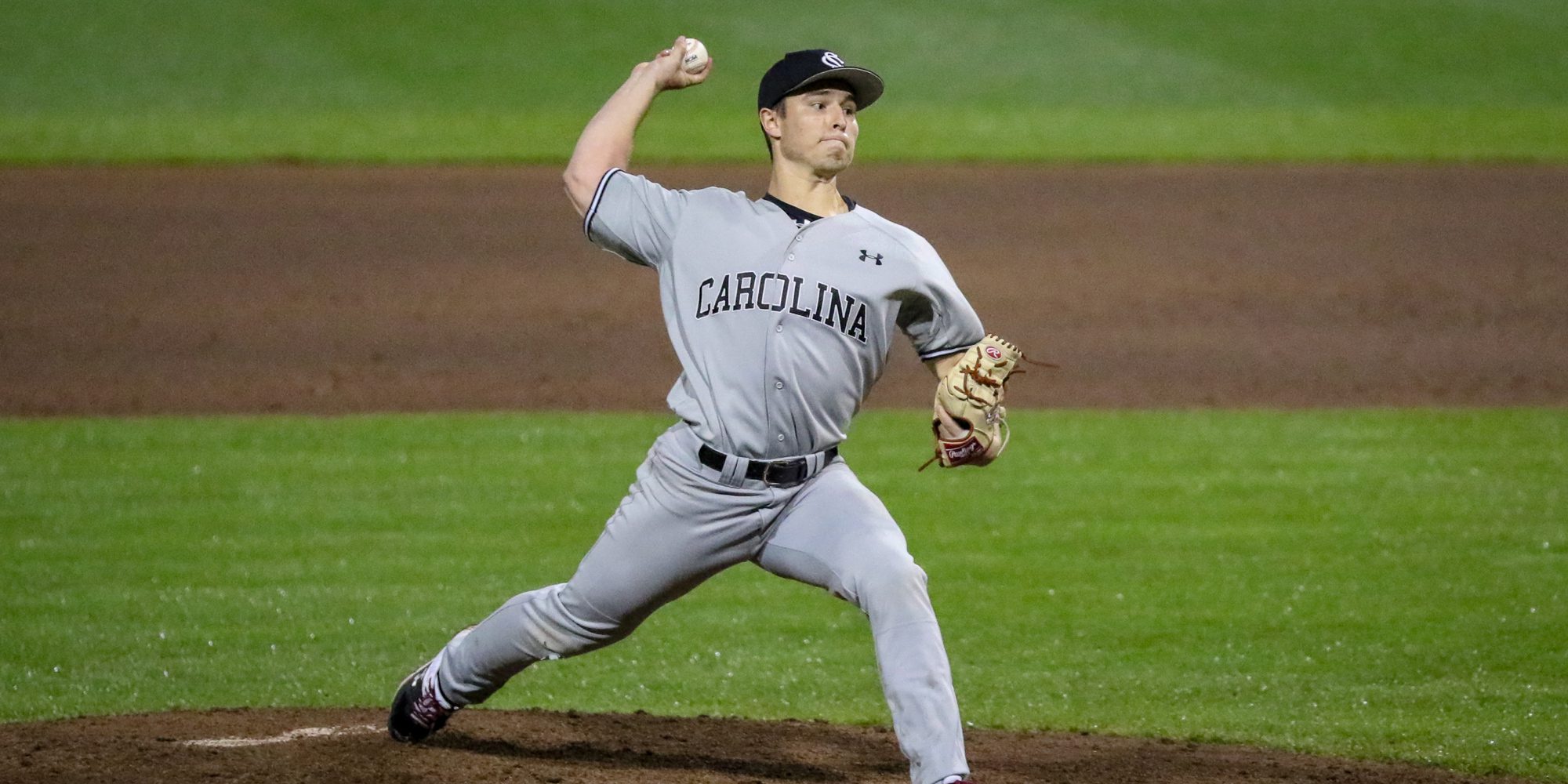 Brett Kerry has struck out 18 in 9.1 innings. (Shotgun Spratling)

Kerry returned with velocity that had ticked up from high 80s to low 90s and a sharper curveball. The pitch was nearly unhittable on Friday night when Kerry closed out the game with 3.1 scoreless innings for his second save in five appearances. Even when he threw his curve right down the middle, Clemson’s hitters couldn’t put good swings on it as it dropped off the table. He ended the game with two swinging strikeouts after striking out the side looking in the eighth inning.

The freshman was unfazed by the atmosphere, the moment or the rivalry. He just attacked and attacked. He threw 39 of his 55 pitches for strikes.