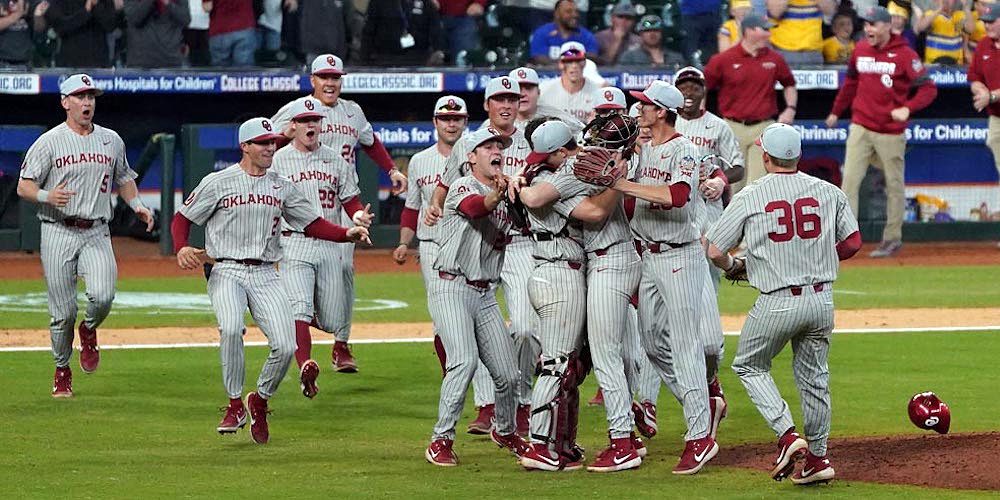 HOUSTON – It was a historic Sunday at the Shriners College Classic and Oklahoma righthander Dane Acker was center stage.

Acker, who began his collegiate career down the freeway at Rice and continued it at San Jacinto (Texas) College before heading to Oklahoma, made history Sunday afternoon with a no-hitter to beat LSU 1-0 and to give the Sooners an impressive 2-1 finish to the weekend.

Acker’s performance was historic in more ways than one. In addition to it being Oklahoma’s first no-hitter since Jim Husling accomplished the feat in 1989, it also was the first time LSU had been no-hit in program history.

His performance was that impressive.

“He went pitch to pitch and we talk about it a lot,” Oklahoma head coach Skip Johnson said. “He has the ability to throw three or four pitches for strikes, and I thought early in the game, he established command of the fastball.

“He was really good, and he mixed and matched,” he continued. “It’s a game of imperfection. Their guy [AJ Labas] missed one pitch. What was ever suiting, I thought, is that Justin Mitchell hit the home run and he’s the one who caught the game. I thought that was really cool.” 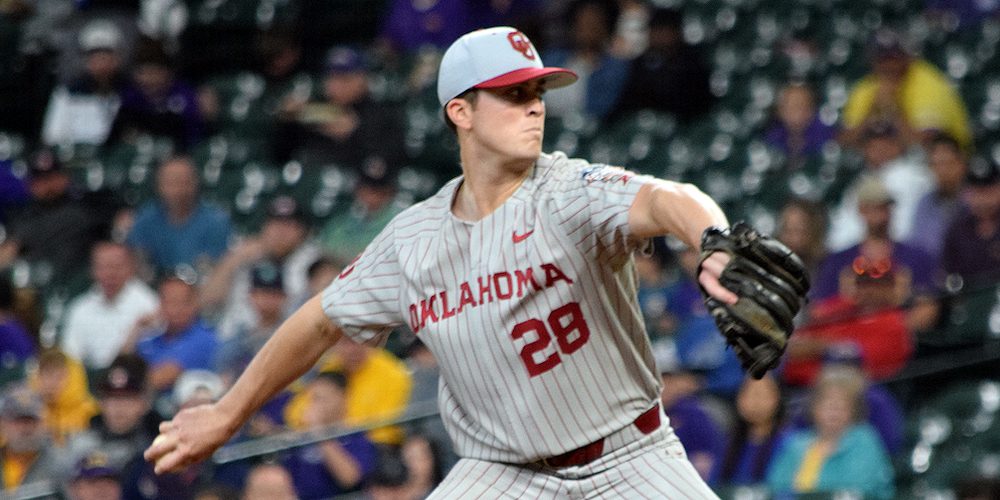 Dane Acker was terrific for the Sooners (Kendall Rogers)

For the entire afternoon, it was truly a battle royale between LSU righthander AJ Labas and Acker. The two pitchers traded zeroes throughout the game, and Labas showed no signs of backing down after seven innings. He was keeping Oklahoma’s offense off balance with a combination of a 89-92 mph fastball, a changeup at 83 mph and an effective slider at 83-84. Labas finished off what was an impressive weekend for LSU starting pitching with Cole Henry and Landon Marceaux shining in the first two games.

Everything changed to lead off the eighth.

Check out our full story by subscribing below!