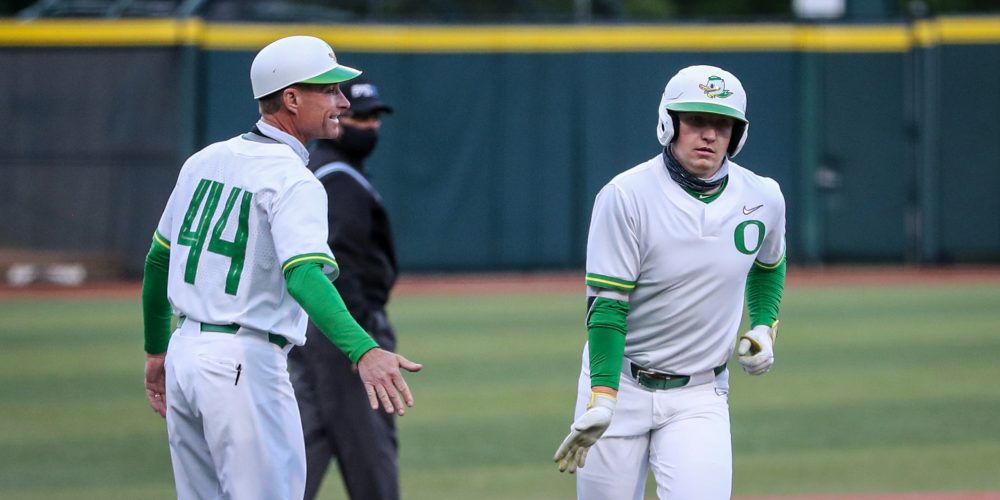 EUGENE, Ore. — Oregon southpaw Robert Ahlstrom and Stanford’s Brendan Beck put on a show that even the sun didn’t want to miss.

It hadn’t even set by the time Oregon wrapped up a 2-1 victory over Stanford in two hours, 10 minutes Friday evening at PK Park. It stayed up to catch an electric pitchers’ duel between the Pac-12’s top two Friday aces in a battle of top 15 teams embroiled in a race for a conference title.

“That’s as good a Friday night ballgame as I’ve been a part of in some time,” Oregon head coach Mark Wasikowski said.[…]