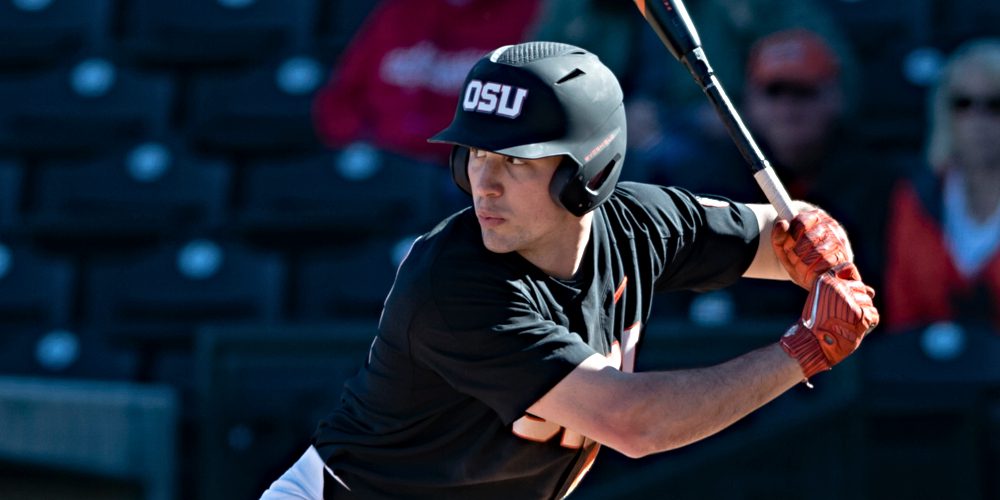 TEMPE, Ariz. — When the dust settled on the 2018 campaign and Oregon State looked ahead to this season, the pitching staff looked to be in great shape with the return of several key arms. But the offense was a different story.

Sure, the Beavers returned All-World catcher Adley Rutschman, Tyler Malone and others, but to be the team they wanted to be this season, several unproven hitters would have to rise to the occasion.

The Beavers have shown to lack some punch offensively at times this season, and they’ve had their good days, too. But after losing the series opener to Arizona State Friday night with righthander Alec Marsh tossing an absolute gem, the Beavers offense had their backs against the wall Saturday night.

And in typical Beavers fashion, they responded with authority in a 6-4 victory to even the Pac 12 showdown the two teams.

“Yeah, you know what, we had to go against Alec Marsh last night, and I told our guys that was just one of those games. You’re talking about a guy who was throwing 92-96 with his fastball with four pitches,” Oregon State coach Pat Bailey said. “I mean, it happens, and to be honest, we’ve gone against Alek Manoah and some other guys, and I thought that was the best-pitched game we’ve had against us.

“Coming into the weekend, I just talked to the offense about having passion and being a unified force,” Bailey continued. “You know, we lost Kevin Abel and Beau Philip has been out since April 9. I just wanted us to have passion for the game, and whatever happens … happens.”

While Arizona State was the aggressor in the series opener, Oregon State flipped the script in almost identical fashion Saturday night.

The Beavers didn’t pound the ball early against Arizona State righthander Boyd Vander Kooi, but that didn’t matter. They found holes, just like the Sun Devils against Brandon Eisert last night. Vander Kooi attacked the Beavers with a fastball sitting 90-93 and up to 94 mph and had success with the 82-84 mph slider early on. However, OSU made the necessary adjustments as the game progressed.