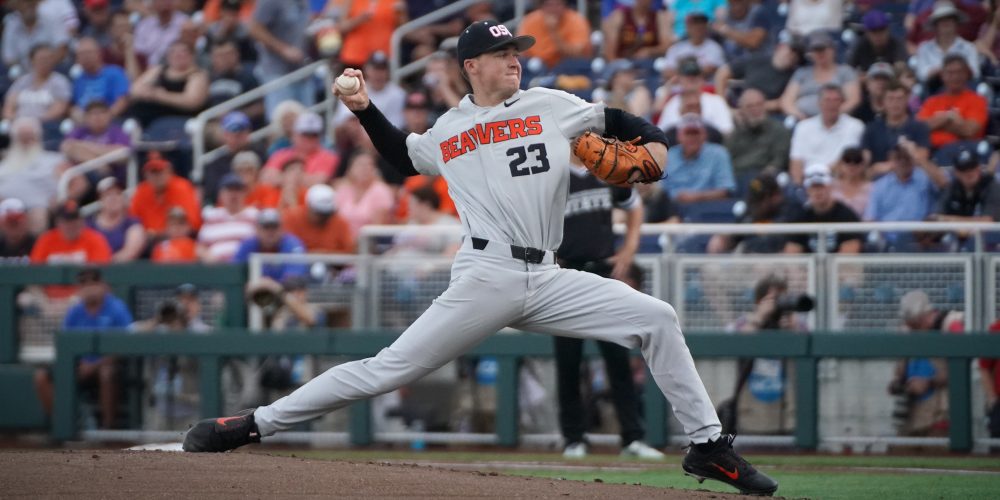 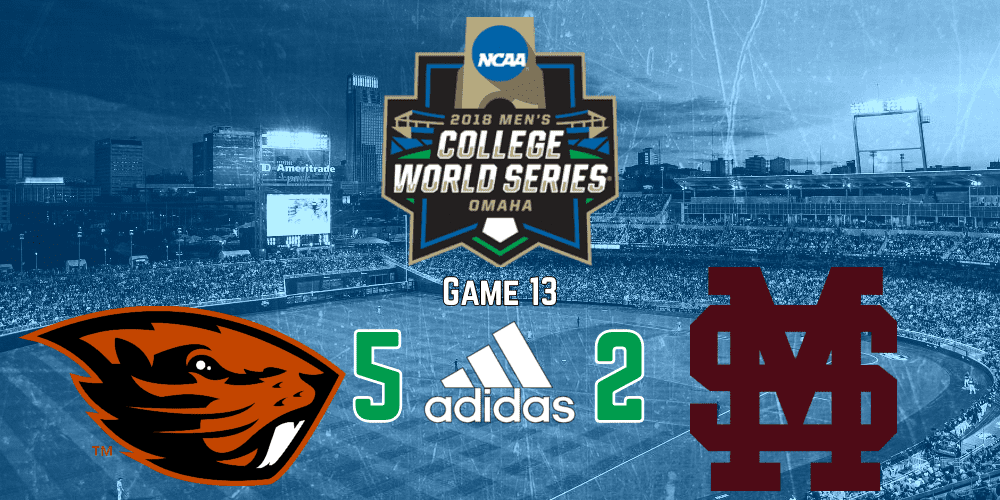 OMAHA, Neb. —
Sometimes the second time is a charm.

Last season, Oregon State put together one of the more memorable campaigns in recent college baseball history. It tallied more than 50 wins before reaching the College World Series, while entering the CWS with just four losses. Four.

In that CWS, the Beavers stormed back to beat Cal State Fullerton in the opener before crushing LSU to go to 2-0 and the driver’s seat in their bracket. That didn’t matter, though. LSU double dipped the Beavers to advance to the CWS Finals, leaving the Beavers, and particularly head coach Pat Casey, shocked and in disbelief in the postgame press conference following their elimination.

They finished last season with six losses, and at least here in Omaha, had nothing to show for it. It was a crushing blow to what was a season for the ages.

There have been constant reminders about the way last season ended. Pat Casey and players were asked about it on media day, and an article turned obituary has been pinned up on the Beavers’ dugout wall throughout the CWS.

The items that have fueled the Beavers over the past week have had their intended purpose, as OSU advanced to the CWS Finals for the third time in program history, and for the first time since 2007 with a dominant 5-2 win over Mississippi State. The Beavers outscored teams 48-23 to warrant a date with Arkansas.

“You know, last year, we went through the winner’s bracket. We didn’t play as many games, and I think this year, it really sinks in a lot more. You have an opportunity to kind of take a step back and see the kind of route that we’ve taken. It’s been two years of hard work, and to come up short last year, and this year, lose the first game, and just kind of see guys like Mully go out there tonight, who pitched quite a bit and get the job done is phenomenal,”Oregon State catcher Adley Rutschman said. “I can’t say enough about how much I’m proud of the team and how far they’ve come.

“So, it’s a blessing just to be able to play for a national championship,” he continued. “And play for the goal that we’ve had for the entire year and the last two years now. It’s something else.” 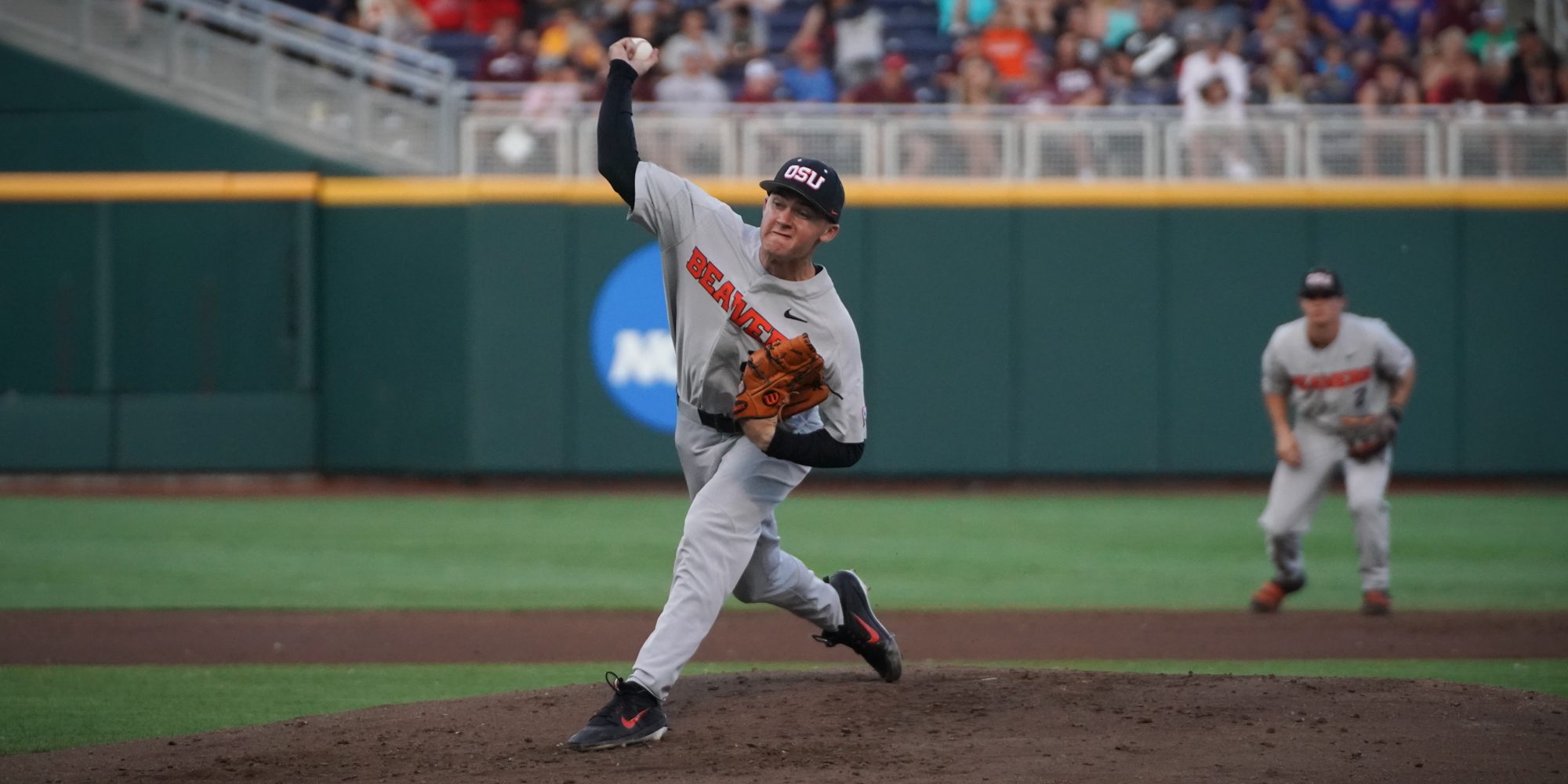 With a trip to the CWS Finals on the line Saturday night against a team that seemed to be one of destiny — Mississippi State — the Beavers desperately needed a strong start.

Quality starts had been tough to come by for the Beavers the first four games. Luke Heimlich struggled in starts against North Carolina, not getting out of the third inning twice against the Tar Heels. Bryce Fehmel allowed four runs in four innings against Washington, and Friday night, Fehmel was lifted after allowing two runs in 3.2 innings against Mississippi State.

They needed freshman righthander Kevin Abel to be better. And he was.

“I was extremely impressed with Kevin tonight. Just the strides he’s made over the season. A lot of you guys haven’t been able to see him, but at the beginning of the season, no one would have said he would have been starting in the CWS, but here he is on the biggest stage there is, and just being a competitor out there,” Rutschman said. “Some of the innings he didn’t have the pitches he wanted and he didn’t throw them where he wanted, but he battled through it, and I was just extremely impressed. I was fortunate to be able to catch him and see him work tonight.”

Abel’s strides as the season has progressed are impressive. We saw Abel opening weekend against Cal Poly. And even then, the stuff was electric, getting up to 94 mph with the fastball, while the sometimes plus changeup sat in the 82-84 range. Just in a short stint, he showed flashes of brilliance. He also showed he’s a freshman, as he allowed four hits and was lifted after just 1.1 innings against the Mustangs that day. Two weeks later, Abel walked four batters and allowed four runs in five innings against Hartford.

Abel started just one more game between the bout against Hartford and a mid-May showdown in Corvallis against Stanford. He once again showed dominant stuff at times, but also had those pesky command issues surface yet again. After another start the next week against USC, Casey and the Beavers moved him back to the bullpen, where he put up zeroes in a pair of relief appearances against UCLA to close out the regular season.

The next weekend, he was back in the rotation as the Beavers hosted the Corvallis Regional. And it was then that Abel put all the pieces together. The stuff was dominant. The poise was noticeable. And guess what, the command was there, too. He was what we thought Abel could be when we saw him opening weekend.

“Well, his stuff, as you know, was really good. He just couldn’t get it [the ball] where he wanted to. And I think he’s right, until you believe you can do it [throw strikes], it’s pretty hard to do it,” Casey said. “So, it all started with him trusting himself. And then we had to go out on a limb a little bit and throw him into some games and extend him a little bit and forced him into some big situations.

“I remember at Arizona, he had the game won and he’s in there all dialed up, throwing the heck out of it, then all of a sudden, ball four to the nine-hole guy, he hits the lead off guy and before we get the guy in the bullpen, he’s loaded the bases,” he continued. “We had to come back with him again after that to show him if we’ve got confidence in you, somewhere along the line you’re going to have to have confidence in yourself, and he did.” 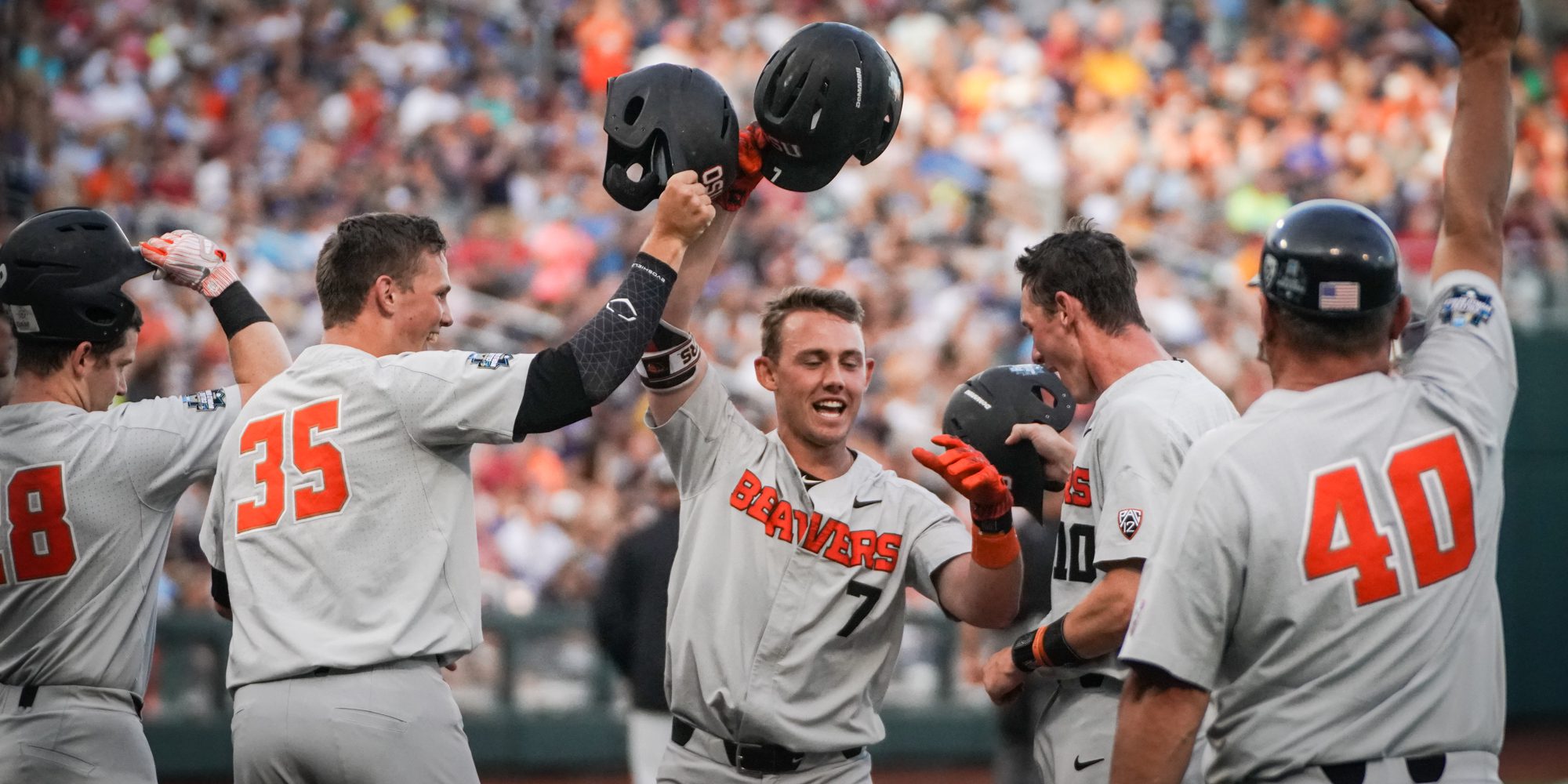 The heralded freshman certainly showed that confidence against a Mississippi State lineup that had been a pesky headache for opposing pitchers throughout its postseason run. He set the tone early.

Abel, who struck out five, walked three and allowing a run on three hits in seven innings, retired the first six MSU hitters he faced — striking out three of them, two on changeups and another in the first inning on a 93 mph fastball.

MSU touched up Abel for a run in the third inning, but again, he battled back with a quick 1-2-3 fourth inning before avoiding damage in the fifth inning. MSU’s biggest threat against Abel came in the sixth inning when Rowdey Jordan singled and Hunter Stovall reached base on Nick Madrigal’s first error of the season. But Abel induced a hard-hit line-drive double play from Elijah MacNamee to end the threat, and he finished off his start in style with an easy 1-2-3 seventh inning. MSU eventually rallied against OSU lefthander Jake Mulholland in the ninth to make things rather interesting, but against Abel? They never figured him out.

His performance was one that’ll be remembered for a long time if the Beavers find a way to beat Arkansas to win the program’s third national title. It also gave us a glimpse of what to expect from the ultra-talented righthander over the next two seasons.

“Once that happened [the team believing in him], things started to click and I was able to pitch the way I know I can pitch,” Abel continued. “The was the biggest thing for me to overcome, and once I did that, it’s been going pretty well.”

Other things about this OSU team seem to be going well, too.

The defense continues to look much better than it did the opening game against UNC, as Cadyn Grenier has been a smooth operator at shortstop, while Michael Gretler has impressed at third base. The Beavers also might’ve gotten great news late in the game when Steven Kwan pinch hit and then went to center field. Perhaps Kwan can return for the CWS Finals. Then, offensively, Tyler Malone hit a three-run home run and continues to knock the cover off the ball with a .385 average, three home runs and eight RBIs in Omaha. Meanwhile, Rutschman had yet another multi-hit game and is now batting .429 with three doubles, a home run and 10 RBIs this CWS.

“We’re proud of our club to fight through the loser’s bracket and get the opportunity to fight for a national championship. It’s special,” Casey said. “Our guys, you could see, we were running on fumes. We got an unbelievable start by Abel — being a freshman kid to go out in that environment, and we didn’t have a lot of options after Mully, but he sucked it up and did well. I thought it was just a great effort by us and a tremendous ballgame.”

Everything seems to be coming together for the Beavers at the right time, and they finally got a strong start they hope carries confidence into the CWS Finals.

What a difference a year makes.

This time last season, the Beavers were the ones going first in the press conference room after getting eliminated by LSU. Now, they’ve administered that same, grueling punishment to Mississippi State.

The Beavers got theirs with another trip to Omaha, and they’re making the best of it.