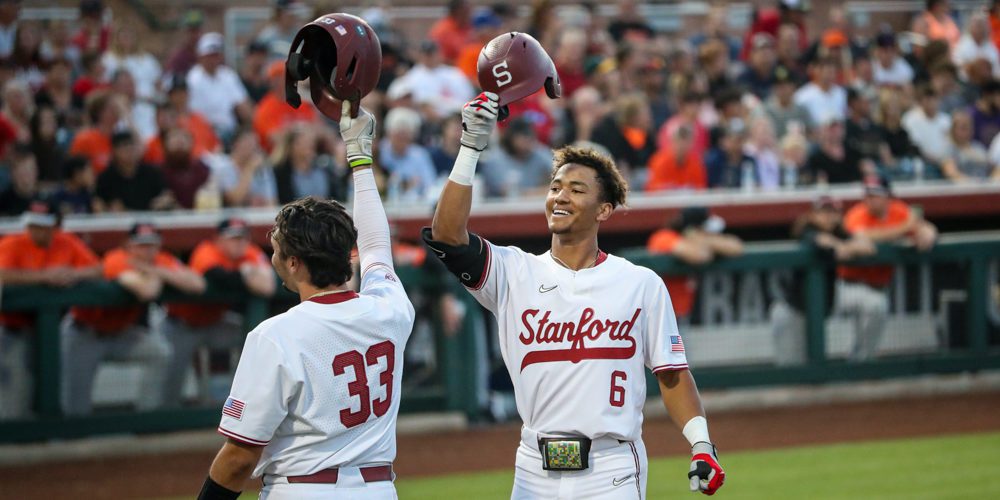 SCOTTSDALE, Ariz. — The Stanford Cardinal is the inaugural Pac-12 baseball tournament champion. It defeated Oregon State, 9-5, Sunday night at Scottsdale Stadium after rolling through its four-team division of the tournament the first four days.

The Beavers fought valiantly after spending a marathon afternoon into evening at the ballpark Saturday to earn their spot in the first-ever Pac-12 tournament finale, They fought and clawed their way back from a first-inning three-run deficit to tie the game in the seventh inning.

But that’s when Stanford flexed its muscle, figuratively and literally.

Drew Bowser led off the bottom half of the[…]