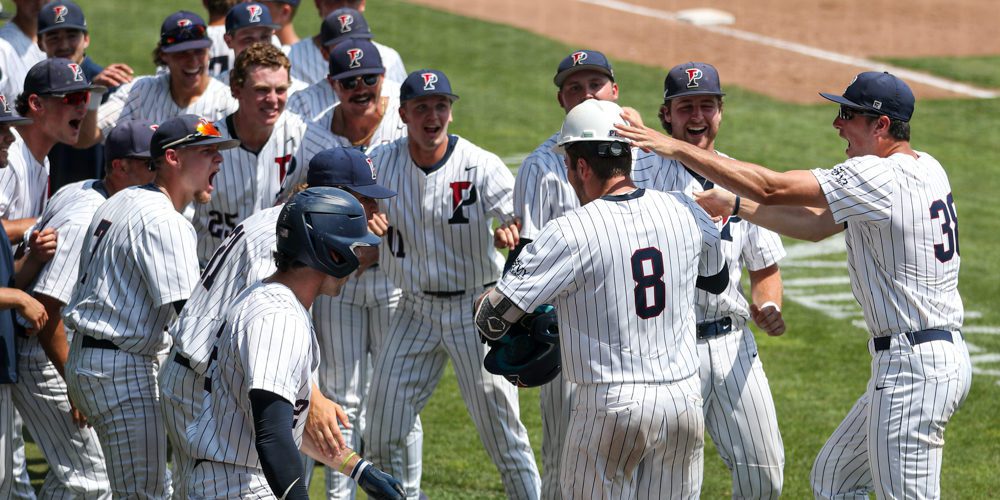 Led by Wyatt Henseler (8), Penn brought its hard hat to the Ivy League Championship and is a win away from the title. (Shotgun Spratling)

PHILADELPHIA — When Wyatt Henseler jogs out to take his defensive position at Meiklejohn Stadium, the Penn third baseman occasionally glances out to the left-center field wall where the program’s Ivy League titles are listed.

The numbers he sees compile a list of years that all occurred before he was born.

“I’ve noticed it,” Henseler said. “It’s like, ‘We seriously haven’t done that, especially with the talent we’ve had the past few years?’”

It may be time for some new wall graphics. With Henseler’s help, the Pennsylvania Quakers are now on the precipice of their first Ivy League title in[…]