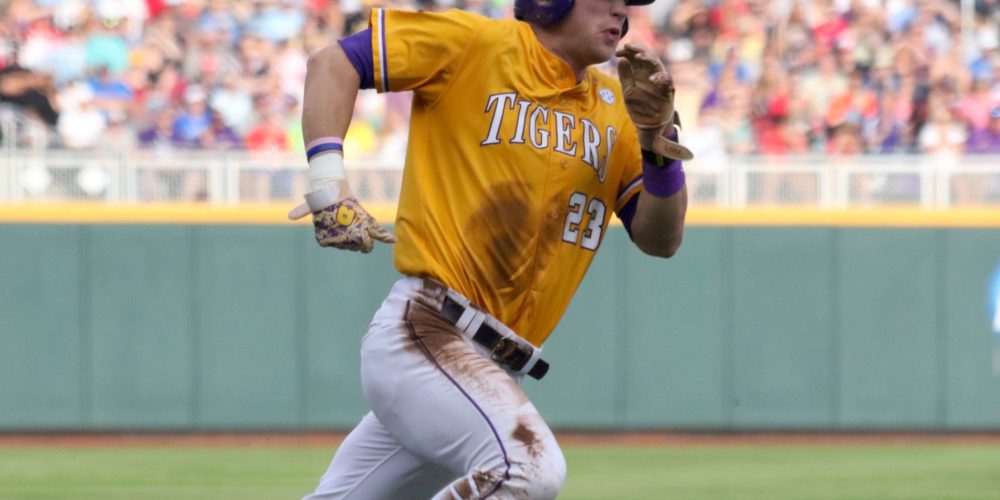 Project Reload: The Near Future For LSU

LSU’s most anticipated fall in several years is on the horizon.

Yes, those are bold words to state. But, it is the truth, and Tigers coach Paul Mainieri would agree.

As summer leagues around the country continue, Mainieri and his coaching staff are recruiting, but also meticulously planning for fall workouts. Sure, the Tigers have a boatload of talent, both on the mound, and at the plate. But unlike last season when the Tigers knew they were going to be special in the spring of 2015, this fall is different. LSU will have the talent, but it’s how all those pieces — many of them young — mold together that will determine their its in 2016.

LSU finished the ’15 campaign with a 54-12 overall record, and spent much of the season ranked No. 1 in the country. The Tigers didn’t finish the year with a seventh national title, much to the disappointment of the purple and gold-clad, and always passionate, fans. This returning/incoming bunch? The Tigers certainly won’t be projected to be the top team in the country, but in some sense, that’s how Mainieri and LSU would prefer it for once.

“You kind of feel like a sculptor with the upcoming fall and this group. You have a big pile of players and you kind of hope to mold that clay together, and turn it into something beautiful,” Mainieri said. “Having such turnover and so many new faces, you hate to see guys go, but it’s kind of exciting.

“Knowing we have to replace an entire lineup, basically, some people’s expectations might be a tad bit lower, and it might relieve some of the pressure from our kids. I whole-heartedly think, going into next season, unlike this past year, we will be a better team in April and May than maybe February and March,” he continued. “We may be a bit of an underdog this year for the first time in a long time.”