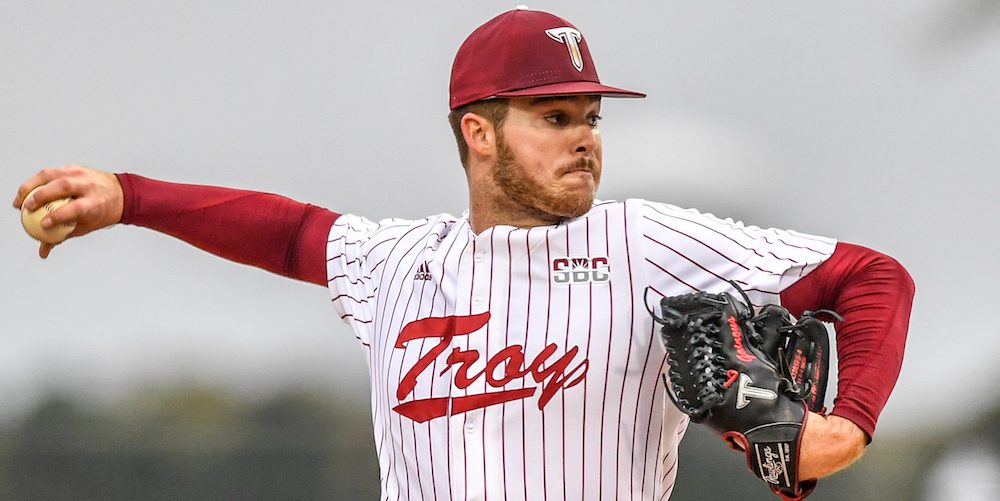 Troy first-year head coach Skylar Meade doesn’t profess to be a miracle worker, but some inside the rising Sun Belt program might disagree at this point.

Meade, 37, was tasked to turn this Trojans program into a Sun Belt and national contender. That wasn’t and still isn’t an easy job to accomplish. Though the Trojans historically have cared about baseball as an institution and have some solid history behind them, the fact remains that the program had struggled the past few seasons. For instance, Troy won 27 games last season, they were just 9-8 during the shortened season, and they[…]