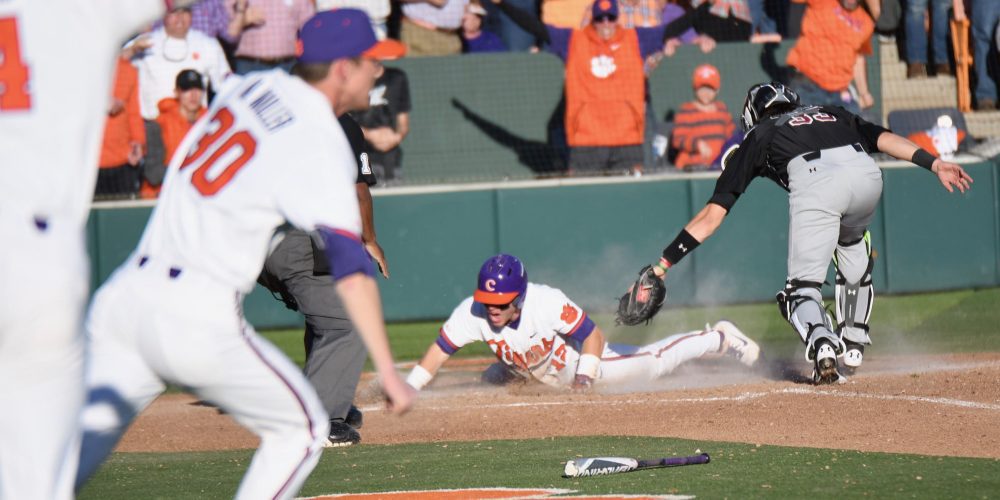 CLEMSON, S.C. — On a Sunday in March of 2014, a few hours before South Carolina ripped out Clemson’s heart once again at Doug Kingsmore Stadium in the series finale of the traveling Reedy River Rivalry, South Carolina athletics director Ray Tanner reflected back upon a time when was struggling to figure out how to solve the Tigers. It’s easy to forget it now, but Tanner’s teams went just 6-8 against Clemson in the regular season during his first six years as South Carolina’s head coach, before the Gamecocks beat the Tigers twice in the 2002 College World Series, shifting the balance of power in the rivalry for a while.

Later that Sunday afternoon in 2014, South Carolina rallied back from a 3-1 deficit with four runs in the ninth to complete a series sweep — and that was two nights after the Gamecocks had stormed back from a five-run hole. No matter how well the Tigers played, they just could not close out the Gamecocks. When that weekend was over, South Carolina had won 14 of the last 16 matchups between the bitter foes.

But Clemson hasn’t lost a series to South Carolina since. Really, it was only a matter of time before the pendulum swung back Clemson’s way — it wouldn’t be college baseball’s best rivalry if one team dominated it forever.

Sunday’s rubber game was a classic game that was befitting of the sport’s premier rivalry. Clemson built a 6-0 lead through four innings, but South Carolina chipped away at the deficit and finally tied the score at 7-7 in the top of the ninth — only to lose on Clemson senior Drew Wharton’s walk-off double to right field in the bottom of the frame.

“It’s awesome. Especially to be here, my fourth year and never lose a series to South Carolina,” Wharton said. “That’s one of the reasons why I came here. Ever since I was 10 years old, going to baseball games here, I’ve always wanted to come here and play against South Carolina, the best of the best, the greatest rivalry in college baseball. To walk it off like that senior year, for four years in a row winning the series against them, it’s unreal.”