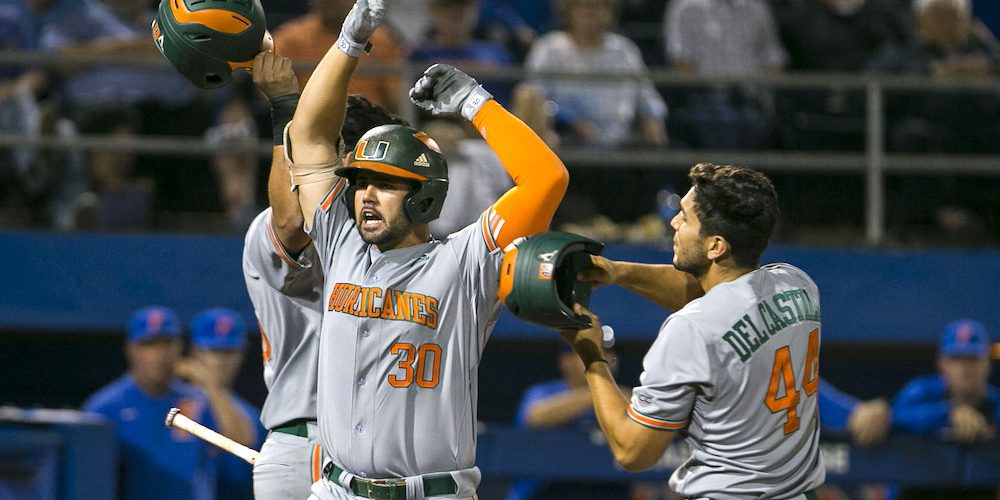 Miami Looks The Part Against UF

In the first four games of the season, the Hurricanes amassed a whopping 46 runs in four games against Rutgers and Florida Atlantic. Yes, those teams aren’t Florida, and they certainly aren’t the Gators on the road.

But the results of those games and the one Friday night in Gainesville weren’t much different. The Hurricanes, as they’ve done so far this spring, just looked different, and they controlled the game against the Gators from the start on the way to a series-opening 5-2 victory.

“They were coming out there fouling off pitches, where as last year when I faced those guys, there were definitely more strikeouts,” Florida righthanded pitcher Tyler Dyson said. “I threw a lot of strikes tonight, but they just kept fouling them off and running my pitch count up. They put up a good approach and it’s just frustrating to lose to those guys on our home field.

“Yeah, absolutely [Miami looked better],” he continued. “They were really battling out there offensively, and my hat goes off to them. With that said, I have full confidence in our team, but this week has been tough. It’s been brutal, I’m not going to lie.”

What Dyson is referring to are Florida’s struggles in general over the past week. While the Gators scored some runs against Long Beach State on Opening Weekend, they most certainly didn’t break any offensive records in the process. Then, in midweek action, the young Gators lineup proceeded to score two runs in two games against South Florida and North Florida.” 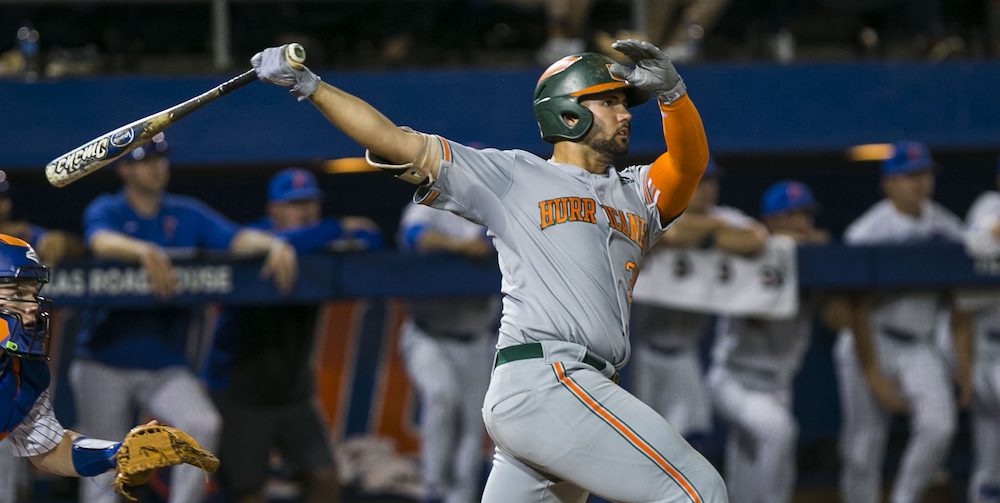 “We’re only six games in and I didn’t see this coming, to be honest with you,” Florida coach Kevin O’Sullivan said. “I understand everyone goes through some tough stretches, but it’s only six games. We talked about this yesterday, but if this is a marathon, after five games, that equates to a little over two miles with 24 more to go. I’m not really sure why we’re pressing. It’s the start of the season and it should be fun.”