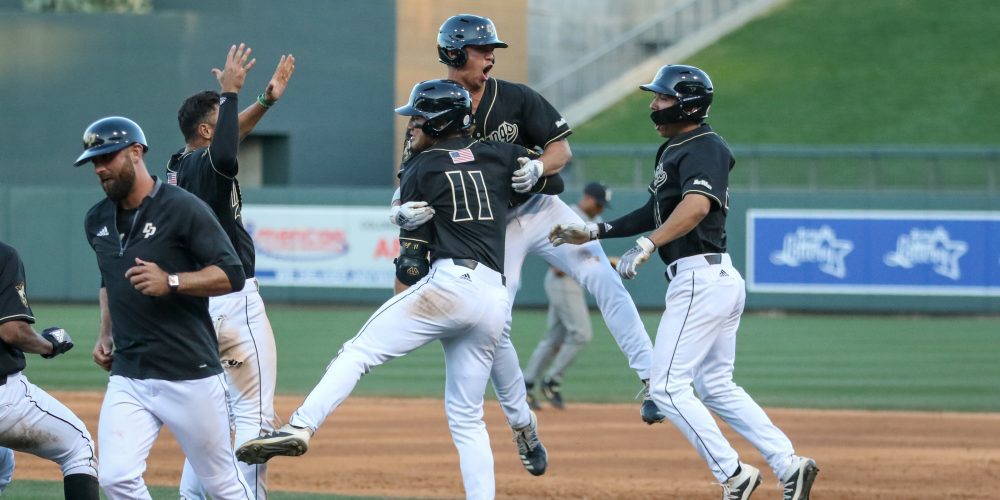 SCOTTSDALE, Ariz. — Could the Big West be ready to surprise?

A season ago, the Big West was on what many would call the struggle bus. Cal State Fullerton was down, Cal Poly wasn’t a postseason contender, Long Beach State had a season that ultimately led to the dismissal of head coach Troy Buckley, and while UC Santa Barbara had an amazing regular season, the Gauchos didn’t reach the NCAA Super Regional round.

It wasn’t exactly the greatest look, leading many to wonder if the Big West was on the verge of a steady decline over the next few seasons with a crop of struggling programs. In addition to some ugly won-loss records, that’d also lead to iffy RPIs.

Granted it’s just one weekend, but the conference impressed on Opening Weekend. Cal State Fullerton hit the road and took a series from No .17 Stanford, UCSB took care of WAC-favorite Sacramento State, Cal State Northridge began the Dave Serrano era with a series win over San Francisco, Long Beach State took two of three from California to begin the Eric Valenzuela era, UCSB followed up the weekend by crushing California on Monday and most impressive, Cal Poly dazzled at times at the MLB4 tournament at Salt River this past weekend. In addition to beating Connecticut and almost beating red-hot Michigan, the Mustangs put an impressive cap on the weekend Sunday afternoon.

They got off to a 7-2 lead over defending national champion Vanderbilt. And though the Commodores roared back to tie the game and then take an 8-7 lead, Cal Poly finished off a strong weekend with a 9-8 victory.

It was an indeed a statement. Not only for Cal Poly, but for the Big West as a whole. Perhaps the league is actually ready to make a move.

“There was a lot of good, and a lot of bad from us,” Cal Poly coach Larry Lee said. “It’s such a fragile game. We’ve got the ability to play some errorless baseball, and then we have a chance to go out there and make six errors in six innings like we did against Michigan. It’s college baseball. As long as you continue to get better as the season progresses, you give yourself a chance to become a quality ball club at the end.

“It’s great what we did … but let’s do it a few more times,” he continued. “We still have a lot to tinker with moving forward. We had some of our older players come through, and we have some of our best players being freshmen. No matter how much you talk about it, the game can speed up on you, so it’s nice to see.”

Check out our full feature below!