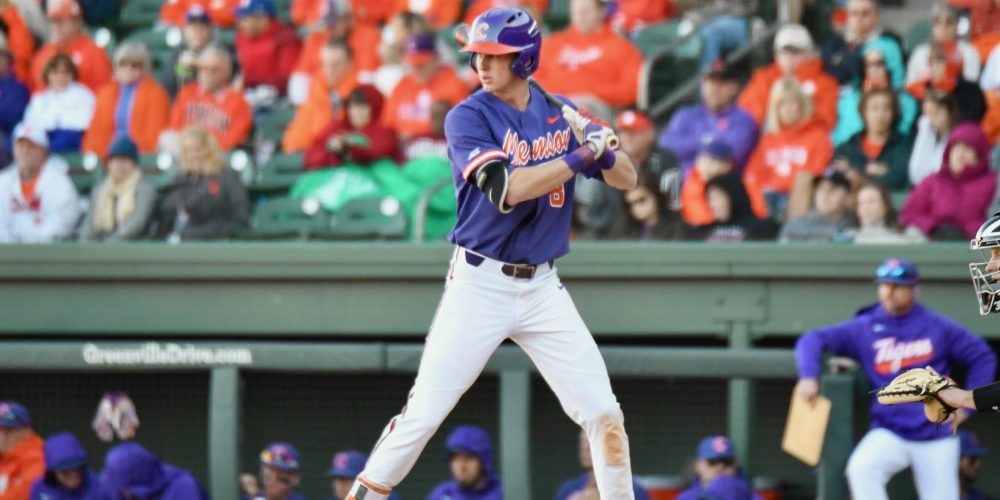 Clemson: There’s no doubt the Tigers got punched in the gut last weekend in a series loss to rival South Carolina, especially losing the series finale 14-3 in Columbia. Well, the Tigers showed a lot of resiliency this week by getting off the mat and having a perfect week. In addition to a midweek win over Furman, the Tigers did a clean sweep of North Carolina at home, capping it off in grand fashion on Sunday with a walk-off home run from shortstop Logan Davidson. Freshman Davis Sharpe (6 IP, 3 H, 1 R, 1 ER) returned to form over the weekend, while the offense clubbed 20 hits and scored 17 runs in the middle of game of the series.

Stanford: Just call the Cardinal the fire extinguishers. Texas looked like an elite club just a week ago in a home series sweep over LSU. However, that wasn’t the case against the Cardinal this past weekend. Stanford got punched in the mouth in the series opener as UT freshman Ty Madden threw a gem, but it responded in impressive fashion, allowing just three runs the final three games. Jacob Palisch (6 IP, 4 H, 1 R, 1 ER, 6 K) and Erik Miller (6 IP, 1 H, 0 R, 9 K) led the charge for the Cardinal pitching staff. Back-to-back series wins over Cal State Fullerton and Texas will raise plenty of eyebrows on the national stage.

〈
Previous Article Pair Of Two-Sport Talents Make Marks At Citadel
Next Article The Ouch List: Who Had Weeks To Forget?
〉