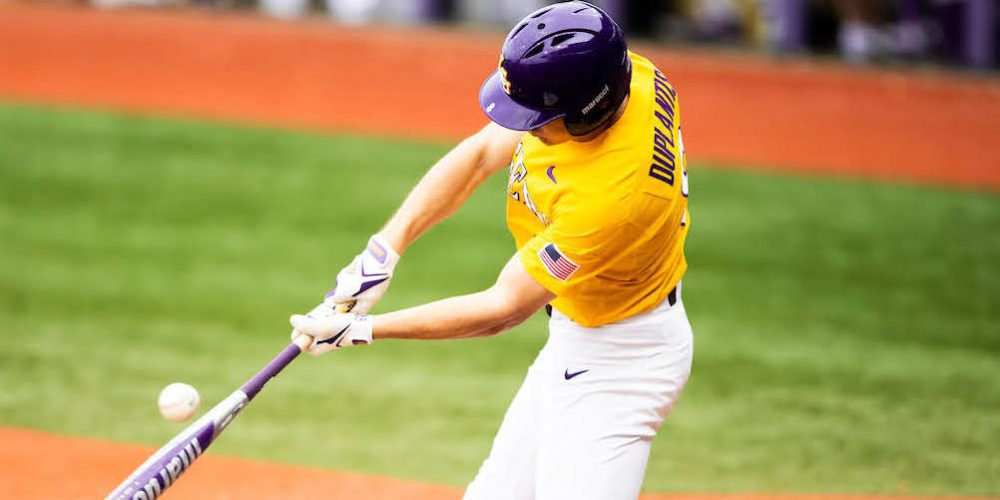 Here come those Tigers … again. I got the concern coming out of Baton Rouge. LSU dropped a road series last weekend to Georgia and was shutout at home earlier this week by McNeese State. But the Tigers have pretty much owned the series against Mississippi State, and you knew Paul Mainieri would have this team ready. Well, they stepped up in a big way, scoring 21 runs the final two games in the road series win over the Bulldogs. Antoine Duplantis has always been known for his exceptional defensive skills and ability to get hits, but how about his power this season? Duplantis smacked two home runs in the series finale against MSU, and for the season, now has seven home runs, which is more than his first three seasons combined (six).

The Red Wolves have only made the NCAA tournament one time in school history, and that was way back in 1994. Well, this Wolves club looks ready to make an attempt at some history of their own, as they took an important Sun Belt road series from Coastal Carolina and now have the best league record, along with a strong 19-9 overall record and a rising RPI of 46. Sky-Lar Culver had a huge day in the series finale, while Arkansas kickback Nate Alberius had a solid start for Tommy Raffo’s club. But the tone was set in the series opener as starting pitcher Zach Jackson struck out six and allowed just a run in seven innings. It’s still early, and fortunes could change, but the Wolves are on the rise.