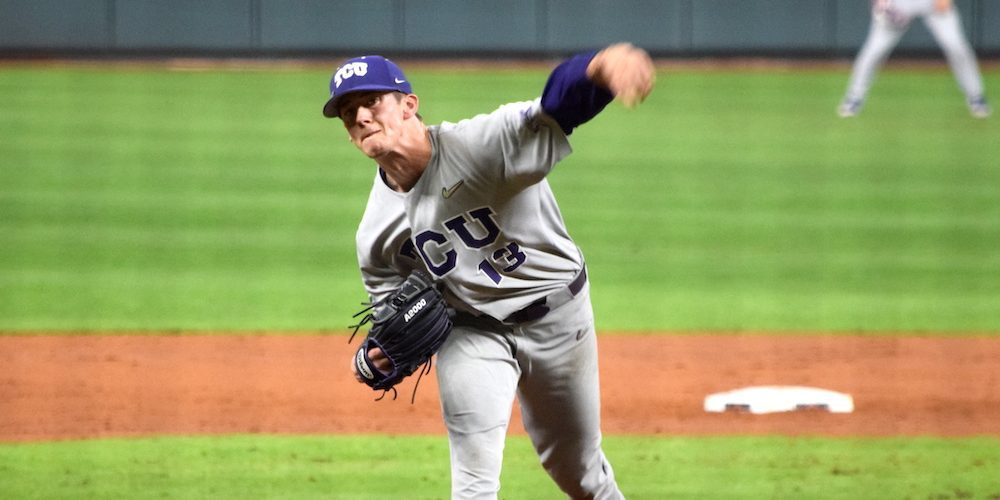 The Mountaineers began Big 12 Conference play by getting swept by Baylor but have been impressive the past two weekends against Oklahoma and Oklahoma State, taking two of three from the Sooners before taking two of three, on the road, from OSU this past weekend. WVU righthander Alek Manoah has had a lot of fanfare this season, and was outstanding against the Cowboys, striking out 11, not walking anyone and allowing just three hits in eight innings. Kade Strowd also was terrific, striking out 10 in 7.1 innings in the series finale. WVU is up to 17 in the RPI and is clearly trending upward.

We should’ve thought the Tigers could be a potential force after they gave Arkansas all it could handle the opening weekend of SEC play. Well, the Tigers followed up that series with a home series win over Ole Miss, almost took two of three from Texas A&M on the road and took care of business in yet another SEC series this past weekend, losing to Kentucky in the opener before winning the final two games. Missouri lefty TJ Sikkema put together yet another awesome performance, striking out 11, walking two and allowing two runs and four hits in seven innings. Mizzou is up to 25 in the RPI but does have a tough road the rest of conference play.

They were left as somewhat of an afterthought of getting swept at home by Southern Miss at the beginning of conference play, but the Bulldogs have been outstanding the past few weeks. Winners of seven straight games, the Bulldogs have won back-to-back series over UAB and UTSA. Matt Miller struck out seven and allowed two runs and four hits in eight innings, while Logan Robbins was strong on the mound in the series finale. Tech’s RPI is up to 42 and it joins fellow C-USA mate FAU with the seven-game winning streak.