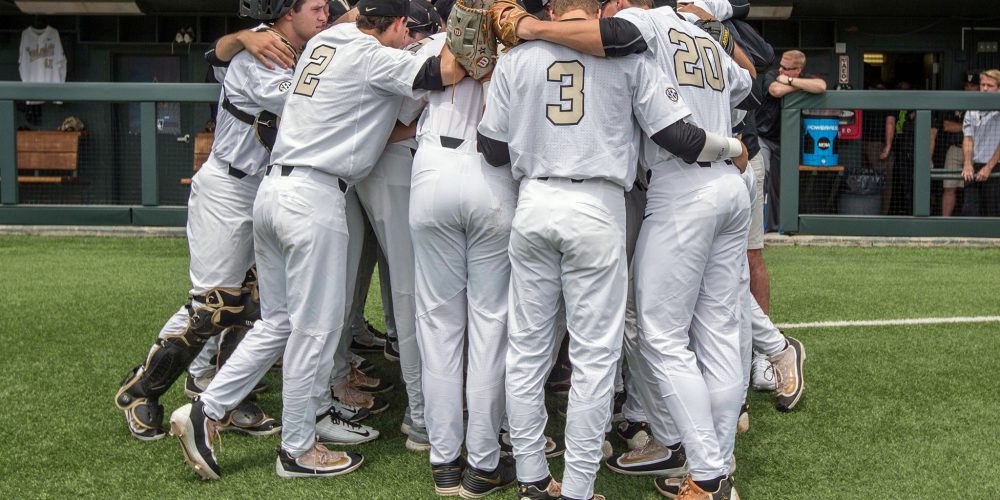 Vandy Leaves It On The Field

Donny Everett would’ve been proud of his brothers in Black and Gold on Saturday.

Late Thursday night, the Commodores received word of Everett’s tragic and unexpected passing. And as Friday moved along, the last thing the Commodores were thinking about was a baseball game. Vanderbilt coach Tim Corbin loaded his team up on a bus, drove the short trek to Clarksville, Tenn., where some smiles and, of course, tears were shed with his teammates – his brothers – and the Everett family.

That meeting helped, but it was far from the total healing process the Commodores need to get through this tragedy. That will take days, weeks, and perhaps even months to overcome.

Though UC Santa Barbara and Washington were able to get their game in Friday afternoon, the Commodores and No. 4 seed Xavier were not, as heavy rain swept through the Nashville area. NCAA officials had given Tim Corbin and the Commodores the opportunity earlier in the day to delay the entire regional a day, but Corbin insisted on moving forward as scheduled.

That right there shows you Corbin’s strength in a nutshell, even though he knew deep down he probably needed more time to get his team in game-playing shape. 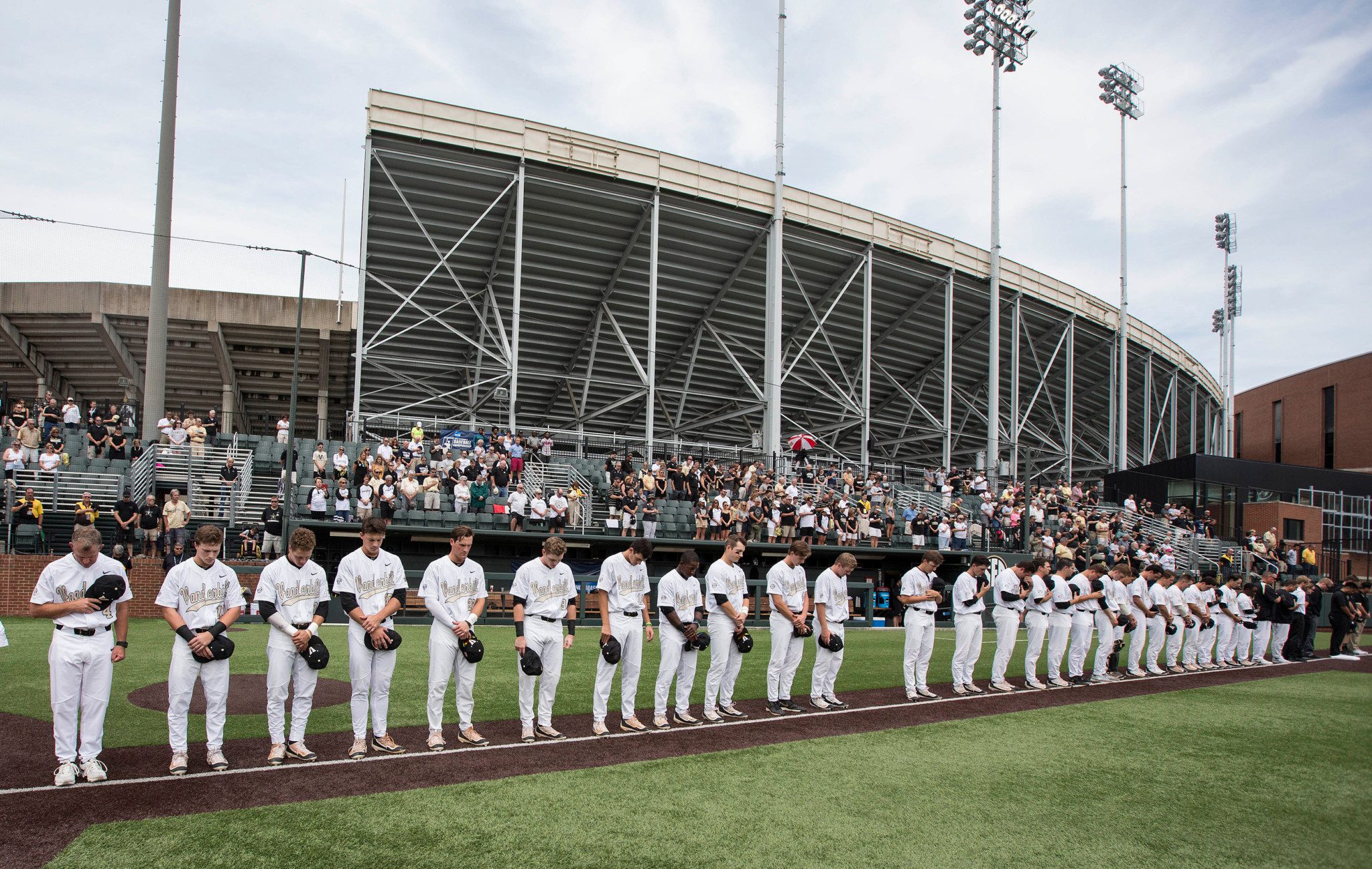 One full night of trying to process Everett’s passing wasn’t going to happen, and it was evident Saturday morning against Xavier. As the ‘Dores competed in the SEC tournament last weekend, I came away from those performances feeling like this team had the tools to make a valiant run through the NCAA postseason. But, this team was heartbroken on Saturday, and it looked like baseball was the last thing on their mind.

Who could blame them?

Xavier beat the Commodores 15-1 to put them in the loser’s bracket, and it was a tough sight to see this team unravel. Before the game, Vandy paid tribute to Everett by leaving his spot along the third base line during the national anthem empty, while some inscribed “DE” on their wrist bands, and the team had Everett’s jersey hanging up in their dugout.

As the national anthem played, Corbin closed his eyes, put his head down and had a moment to himself. As a coach, he’s tasked with the job of being their coach, and in many ways, another father figure. For him, Everett was one of his, and the pain was unbearable.

After the XU setback, the Commodores had to come back Saturday afternoon to face Washington in an elimination game. And while righthander Kyle Wright had some iffy moments throughout the contest, he helped his club carry a lead into the later innings, while the offense took care of business as well. But, with an 8-7 lead in the eighth inning, Washington’s Jack Meggs sent a screamer out to right field that cleared the wall, just past the leaping and extended glove hand of Vandy right fielder Jeren Kendall.

Vanderbilt went quietly in the ninth inning, losing to Washington 9-8, and seeing its season end after an 0-2 showing in the Nashville Regional.

Vandy’s season wasn’t supposed to end that way, but you know what? It didn’t matter. Other things were more important.

As the Huskies high-fived out on the mound, Vandy players were staring off in a daze in their dugout before Corbin called his usual post-game team meeting. His players stood around him, he collected his thoughts, and appeared to give a very deep, heartfelt speech to his players one last time on a baseball diamond in 2016.

That moment also put a wrap on what was an incredibly difficult week for the Commodores, and for the college baseball fraternity. 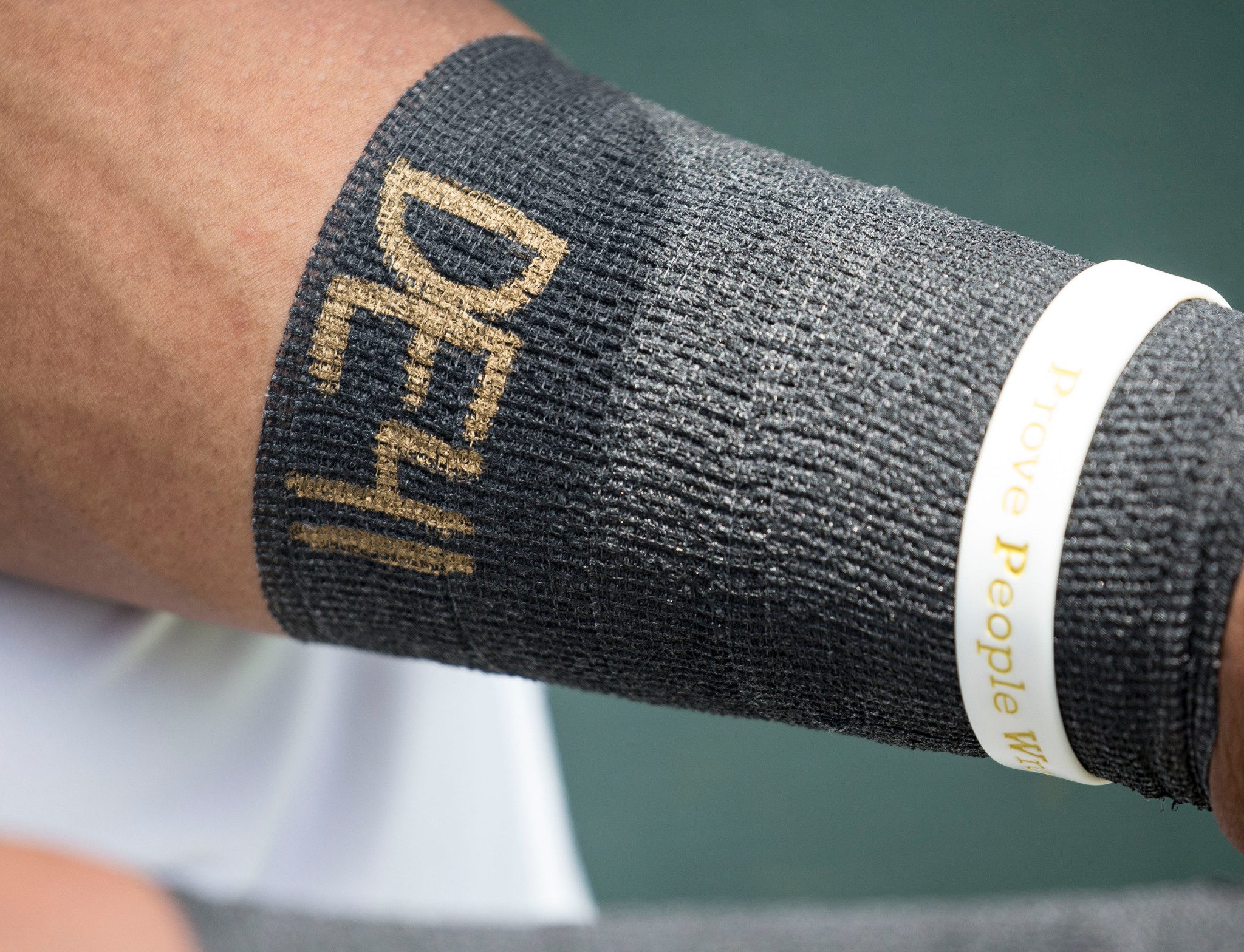 Unfortunately, I never had the pleasure of interviewing Donny Everett. I saw him pitch against Missouri in the SEC tournament, where he consistently sat in the mid-90s with his fastball, and also remember a scout leaning over to tell me: “This kid is going to be real good, look at that arm.” Yep, everything was there from a tools and arm strength standpoint.

We’ll never know where Everett’s baseball career would’ve gone, but we can draw some pretty educated guesses based on his arm strength and the instruction he was destined to receive under pitching coach Scott Brown at Vanderbilt.

But, we do know Donny’s impact on his program, his friends, and his brothers. In all the interviews I’ve read since Thursday’s tragedy, almost every player and coach has mentioned his infectious personality and keen ability to create smiles and laughter.

Tomorrow is a new day for the Commodores. The sun will come up, more baseball will be played, the 2017 campaign looks to be one with very high expectations with Wright, Kendall and plenty of others returning for another season, and they can finally begin the true healing process.

Vanderbilt’s season might have come to an end, but Everett would’ve been proud. Through all the heartache and tears, Corbin and his ‘Dores left it all out on the field into the wee hours of the night at Hawkins Field.

You can’t ask for much more than that.