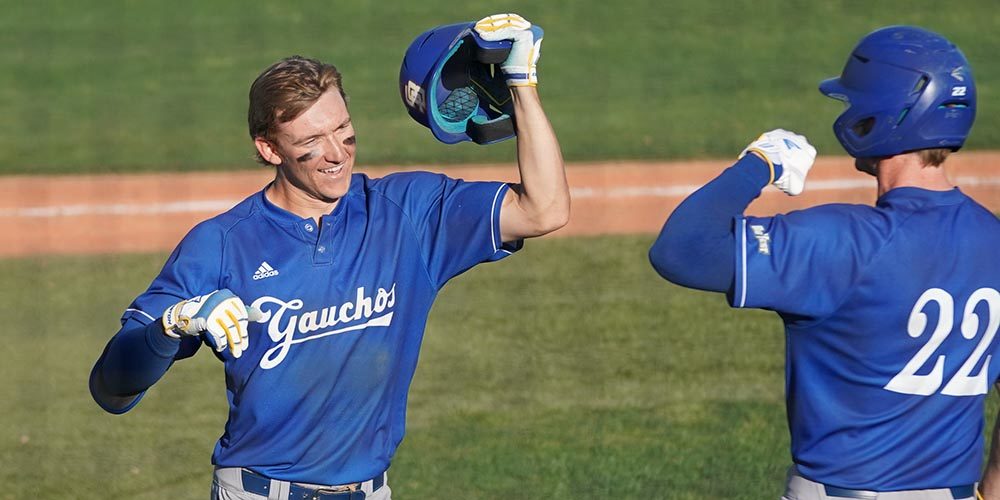 I had a Big West game last weekend. It is one of my favorite leagues in all of college baseball. So, it hurts my feelings to type this: the Big West is going to be a one-bid league for the third time in the last four seasons.

You can make an argument that Big West Baseball has been one of the best mid-major leagues in all of college sports. The only comparable league I can think of is the Big East in basketball. We are talking about leagues that have been more than competitive. They have produced Hall of Fame coaches who helped build their respective sports. They have also produced national championships.

Cal State Fullerton is the bell cow for the conference. The Titans won national titles in four different decades (1979, 1984, 1995, 2004). The Fullerton program produced Hall of Fame coaches like Augie Garrido, Dave Snow, and George Horton. The Titans are tied (with LSU) for seventh all-time with 18 College World Series appearances.

Long Beach State went to Omaha four times in a 10-year period (1989-1998), and the Dirtbags hosted a super regional as recently as 2017. UCSB made its way to the CWS in 2016 under Andrew Checketts. Cal Poly hosted a regional in 2013. This is a league that is used to making a lot of noise in the postseason.

The Big West had 50 players selected in the 2008 MLB Draft. That is a big number. Fullerton’s 2003 College World Series team had 10 future big leaguers on the roster. Ten. That is a huge number.

A Cause for Optimism

On our recent podcast, my compadres Kendall Rogers and Aaron Fitt wanted to learn more about my optimism around Big West baseball. They were right to ask me to unpack that. The current trend is poor. Whereas 50 Big West players were drafted in 2008, that number shrank to 17 in 2021. Let me share my thinking.

For starters, the coaching in this league is elite. The veterans of the league are Lee, Checketts, and Ben Orloff (UCI). Newly hired coaches like Eric Valenzuela (Long Beach State), Jason Dietrich (Fullerton), Rich Hill (Hawaii), and Tommy Nicholson (UC Davis) also bring cachet. Here’s a cool factoid: including Eddie Cornejo (CSUN) and Eric Newman (UCSD), six of the head coaches in the Big West have been to a College World Series in some capacity.

Here’s something that stood out to me over the weekend: the skill of these Big West players remains outstanding. I watched Cam Wheeler (UCI) dominate the Dirtbags with 86 mph sinkers for five innings. And I’m talking about a legitimate sinker where everyone in the park knew he was throwing it. His teammate Gordon Ingebritson is David Berg 2.0, and he finished the game with surgical precision. Ingebritson is a submariner with elite command of a running fastball and Frisbee slider.

On the Long Beach side, Connor Burns is the best defensive catcher I’ve seen all year. His catch-and-throw skills are elite, but it’s the way he handles the staff that stands out. The body language is off the charts. He is like a life coach for the Dirtbag pitchers. You can’t help but throw well when Burns is catching. True freshman second baseman Eddie Saldivar needs to add strength, but it is a pure bat. He can flip a single to the opposite field at will. Call me old fashioned, but these guys play a beautiful brand of baseball.

Finally, these are outstanding institutions located in some of the most beautiful locales that our country has to offer. Honolulu and Orange Country and San Luis Obispo and Santa Barbara… that feels like a good start.

Improvement in college athletics always begins with the players. And the truth is that the best players in California are leaving California. Let’s talk through that.

The theme we will lean into is a “rising tide lifts all boats.” If the top of Big West Baseball is suffering, then the bottom of the league is doomed. Reports that UC Riverside considered dropping athletics altogether are a problem. UC Davis was rumored to have considered dropping baseball amid its recent hazing scandal. In fairness to those coaches and players, their road back to relevance will require patience.

UCSD remains in its transition to Division I. Cal State Bakersfield is transitioning from the WAC to the Big West. Hawaii (which moved from the WCC) can tell us how difficult the move up to the Big West is. For now, we are going to leave those programs alone. The top of the league must get right if any positive momentum is to be created.

The league must focus on helping its best teams reach the postseason. RPI is a metric synonymous with the NCAA Tournament. The West Coast’s inherent challenges with RPI are well documented.

The Big West is currently deploying a 10-week conference season. That is too many weeks. Every week of the Big West conference season is another step in what has become an RPI death march. An eight-week league season makes more sense. It’s not a perfect round-robin format, but those are rarities in today’s college athletics anyways.

Now that we have two weeks back, here would be an ideal application of those two opportunities. First, play a nonconference series on the road versus a perennial winning program. To be fair, the league’s coaches are already trying to do this. But scheduling isn’t as easy as ordering off a menu, and road series require healthy budgets and commitment from athletic departments. More on that in a minute.

With the other open week, it is time for the inaugural Big West Conference tournament. The reasons against having a conference tournament certainly have merit. Protecting your regular season champion feels like the right thing to do. That said, I can’t think of an example of a recent Big West regular season champion that wouldn’t have gotten an at-large bid. It’s a risk, but it feels like one worth taking.

To be clear, the ideal Big West tournament would include either four or six teams. Anything larger would hurt RPIs. A small tournament that provides an additional opportunity for the Big West bubble teams. That’s what we’re after.

This year might be an extreme case, but it’s a jarring example of the dangers of no tournament. There are four weeks left in the regular season and the Big West season is over for all intents and purposes. If second-place Hawaii goes 9-0 in its remaining conference games, the UCSB Gauchos will need to go just 3-6 to clinch the league title.

One final point here: the Big West is the only AQ (Automatic Qualifier) conference with no form of a postseason. The other 30 leagues all have some version of a tournament.

This next part is where we’re going to need the help of Big West administrators. As we sit here today, the league is playing from behind in college baseball. It’s time to be forward thinking. That begs the question, where is college baseball headed?

Transfers and unlimited scholarships are two concepts that resonate. The transfer scenario is a current reality. Can these programs engage players looking to spend their last year of college baseball somewhere new? Can these programs be a landing place for California natives who want to come home? I believe the transfer portal can be a net winner for Big West baseball. It may take time to materialize, but the possibilities are intriguing.

The scholarship scenario is arguably the most important. This is our version of a salary cap. The advantage that Big West programs possess is that nearly all their players are in-state students. In theory, those scholarships are less of a lift than for out-of-state players. Could this become an edge for the league?

As I understand it, the Big West aspires to be a basketball league. That is a tall mountain to climb. That will require NIL money on top of full scholarships. And even that might not be enough.

Pardon my bias, but the reality is that the Big West is a baseball league. Our sport has raised its game though. And now it’s time for Big West administrators to counterpunch.

Your league is a historic power that needs a fuel injection. A lot of the key ingredients are already in place. If you reinvest in college baseball, you will not be disappointed. Omaha is your heritage.