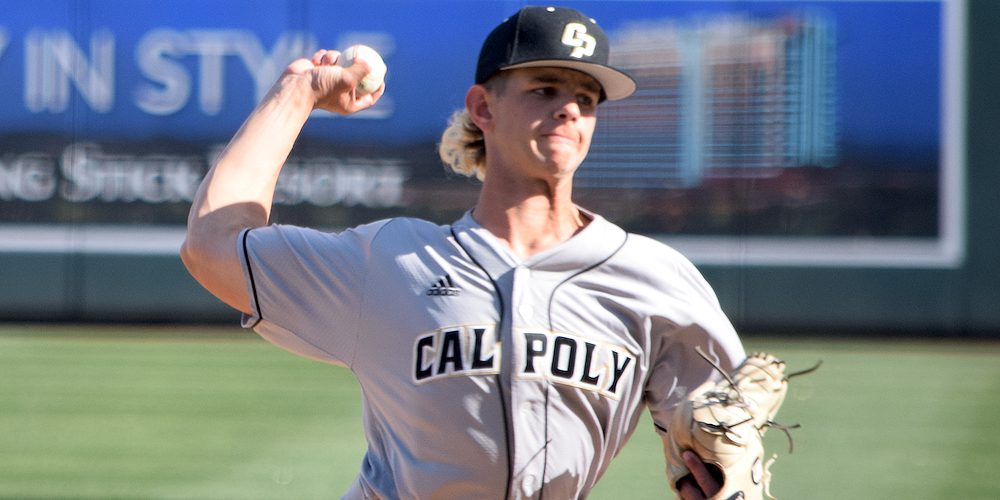 SCOTTSDALE, Ariz. – Cal Poly junior righthanded pitcher Taylor Dollard had already proven himself as one of the better relievers on the West Coast. Now, it appears he’s ready to assert himself as one of the region’s best starting pitchers, too, as he put together a dazzling performance in a 5-0 win over Connecticut to begin the 2020 campaign.

Dollard earned a strong reputation as a key reliever over the past two seasons. As a freshman for the Mustangs, he tallied a 2.43 ERA in 19 appearances, while doing much of the same last season with a 2.89[…]