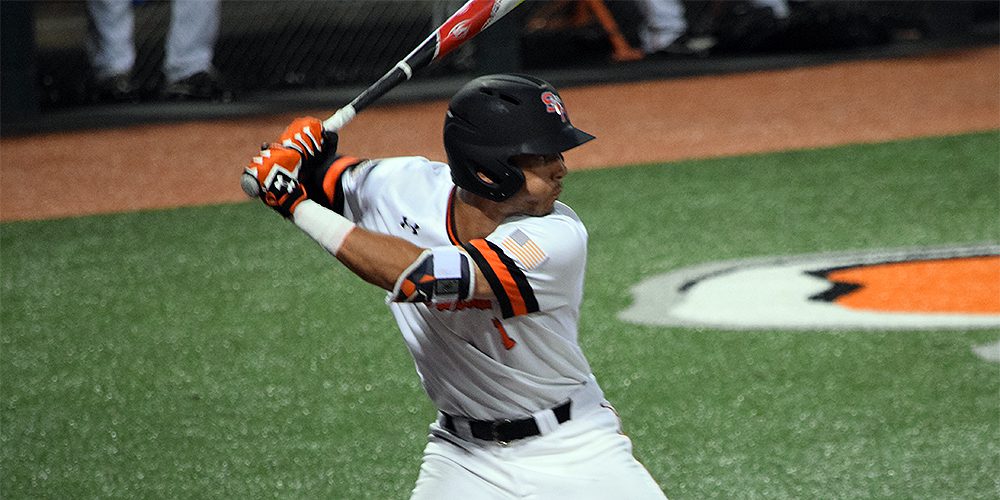 The Bearkats entered the weekend 3 1/2 games back of the Cowboys in the SLC standings, thanks in part to a rough past couple of weekends that included series losses to Stephen F. Austin and Central Arkansas. However, the fact remains SHSU has won four of the last five SLC crowns, and that means it is still the team to knock off the perch in the league.

It shouldn’t be a surprise the Bearkats rose to the occasion in a series-opening and thrilling 10-9 win over No. 22 RPI and conference leader McNeese State on Friday night, using a two-run ninth inning to get the job done.

“There’s a pride factor with this group. To reel off what we did and handle the road block we did the right way, there’s some character involved there,” SHSU coach Matt Deggs said. “We’re coming back stronger and this is the type of win that can really propel to some good things late in the season. These guys are going to rise to the challenge in games like these. They step up in money games like these.

“Our guys understand how good McNeese is. After all, they overtook us,” he continued. “But, we’re not going to sit there and just hand them the league title. We’re going to keep playing.”

So with that, it shouldn’t come as a shock that fans in Huntsville were treated to an absolute dandy, albeit there were some ugly defensive moments for the home team – five errors in all.