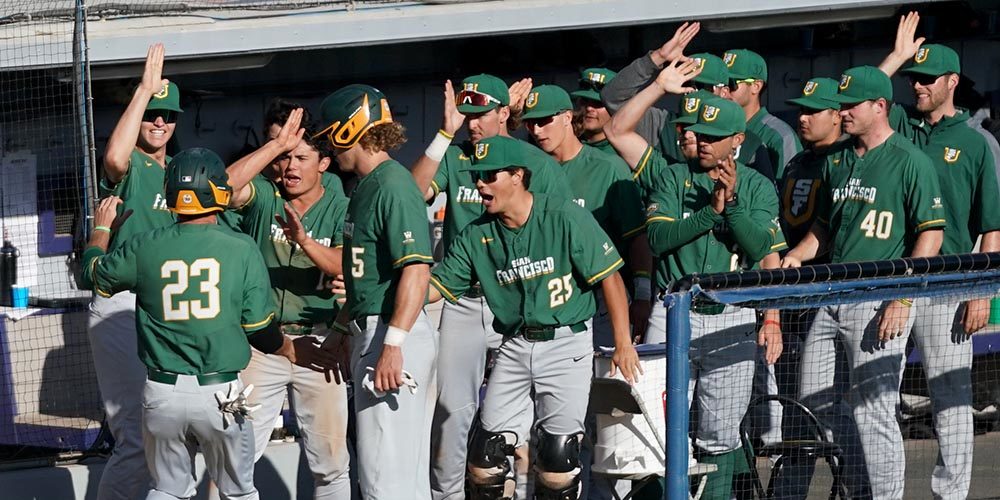 San Francisco celebrates one of their seven runs at Pepperdine in today's second game.

MALIBU — San Francisco and Pepperdine began the day tied in the West Coast Conference standings each with a .500 mark and sitting in a four-way tie for fourth place.

At the end of today’s games, guess what? That is still exactly where these two stand once again.

In today’s “first” game, the Waves scored a jog-off 4-3 win in the bottom of the 14th inning as part of the extension to the end of a game that began on Thursday. Then in today’s regularly scheduled contest, the Dons exacted some revenge by posting a dominating 7-0 win over Pepperdine[…]