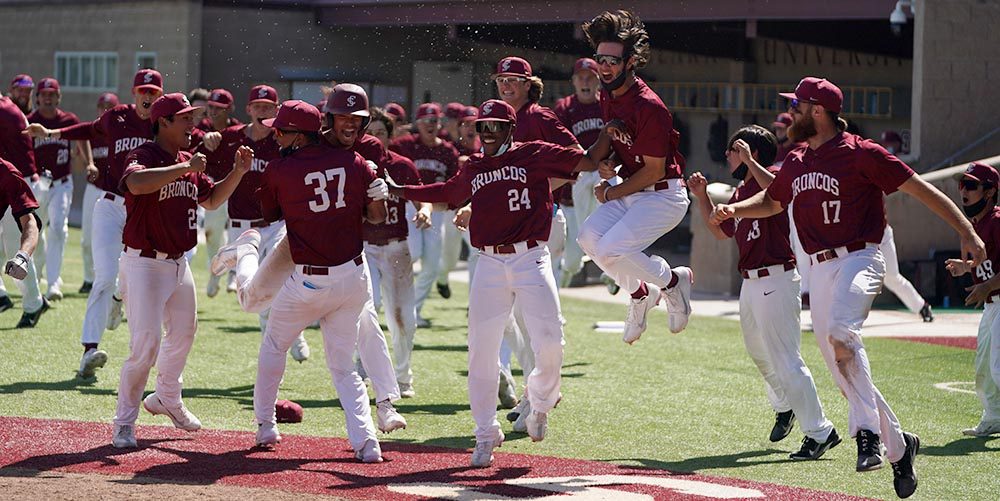 SANTA CLARA, Calif. — San Francisco had to be feeling pretty good about this weekend trip down the peninsula to play Santa Clara. In the first 26 innings of play the Green & Gold only trailed for half an inning. They were playing some dominant ball.

Well if you noticed that I wrote the “first 26 innings of play” then you KNOW what is coming next… that’s right, the Broncos bucked their way back from a sizable deficit and Ka-BOOM! Mike Bowes ended the third game of the series with a three-run home run to give SCU a 9-7 win.[…]