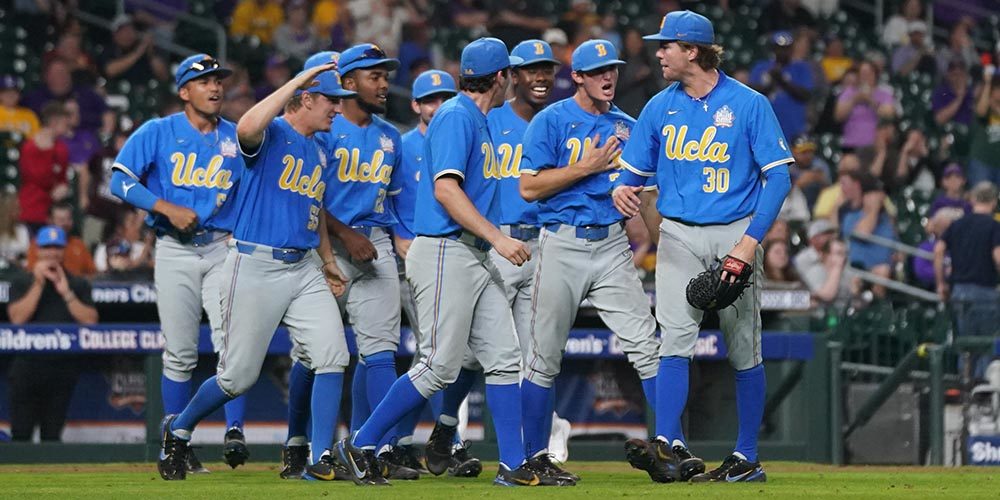 Youthful UCLA concluded an impressive weekend in Houston with a win over Texas.

HOUSTON — There is no official “champion” to this Shriners College Classic at Minute Maid Park, but you could certainly make a case for the UCLA Bruins. And that is especially true after they became the first team in the country to take down the formerly unbeaten Texas Longhorns by a 5-1 score.

Before this weekend Coach John Savage talked endlessly about how young, how new, how inexperienced his team is. And he’s not lying, even tonight the Bruins started six newbies, including three freshmen, two grad transfers and a rare JC transfer on the mound in Kelly Austin. In[…]