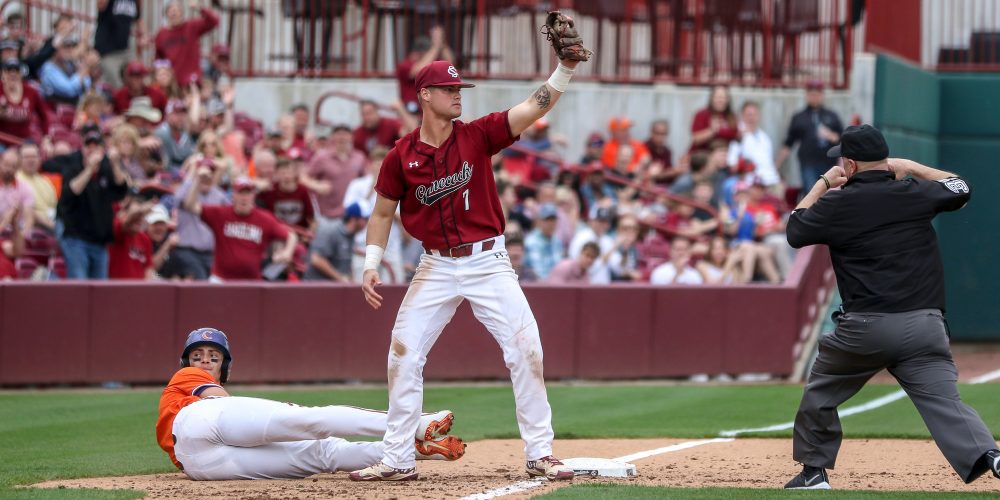 COLUMBIA, S.C. — Head coach Mark Kingston looked over the national schedule Sunday morning and came to a conclusion that he shared with his South Carolina players in the locker room: “Everybody in America would want to be playing, on this field, in this stadium. This is the game that every college baseball player would choose to be playing in.”

The Gamecocks were playing at home against rival Clemson with the Palmetto Series title on the line after the team’s split a pair of games in Clemson, S.C. and Greenville, S.C..

“I think it really fired everybody up,” catcher Luke Berryhill said. “It’s the truth. I wouldn’t want to be anywhere else. It’s been like home to me ever since I got here. I feel like most the other guys feel the same way, if not every single guy on the team. Everyone was just fired up to win the game.”

The Gamecocks stayed fired up as they chased Clemson starter Justin Wrobleski in the first inning. Five of the first six hitters knocked base hits. TJ Hopkins had a two-run double but the death knell for Wrobleski was a three-run home run by Luke Berryhill that landed halfway up the threes to the right of the center field batter’s eye at Founders Park.

“That was huge,” Berryhill said. “Really they’re a team that likes to strike first. We just kicked back harder. Just took a bunch of their momentum away putting that many runs in one inning up on the board and we just rolled with it ever since.”

The Palmetto Series is special, as evident by the sellout crowd of 8,242 at Founders Park a day after rivals Clemson and South Carolina played in front of 7,432 fans, the second largest crowd in the history of Greenville’s Fluor Field. This game was not as South Carolina didn’t let up after taking the early lead.

It scored a run in the second inning and put another five-spot up in the fourth inning. When Clemson scored a couple of runs in the sixth inning, the Gamecocks came back with three in the bottom half on their way to a 14-3 series-clinching victory.

The five-run fourth inning featured a pair of two-run homers — Hopkins’ third home run of the series (one in each game) and Berryhill’s second of the game. 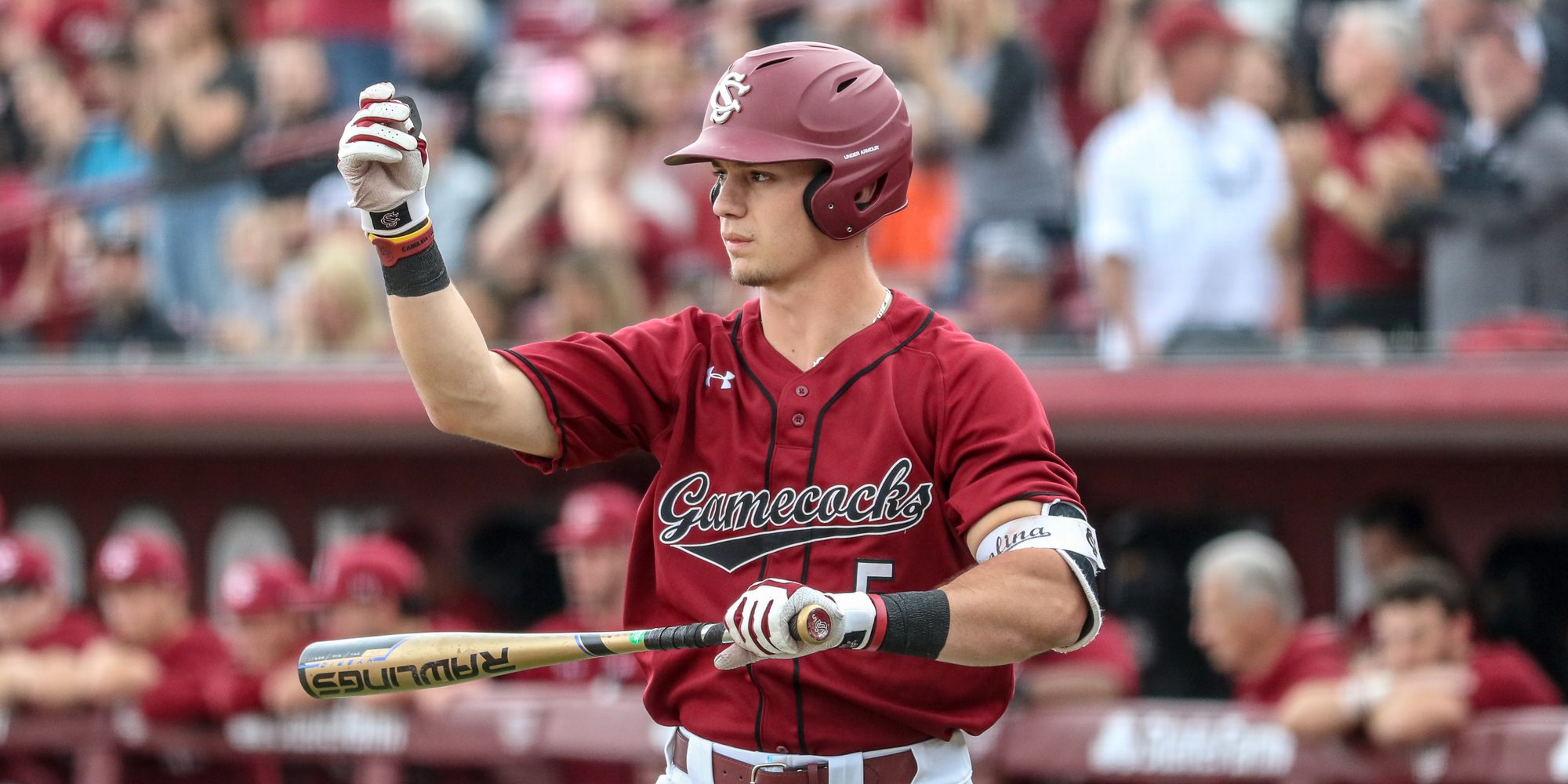 “I thought our offense was absolutely relentless today and that’s what we want to see out of them,” Kingston said. “Great win for us. Great to win that series.”

Kingston routinely yelled from the dugout for his hitters to be aggressive and the approach paid off early. Wrobleski threw 18 pitches to the six hitters he faced. Only two of his 14 strikes were not swung at. The eight Gamecocks that batted in the five-run fourth inning took only two strikes as well.

“That’s what good offenses do. That’s what good hitters do,” Kingston said. “They’re going to walk to the plate very aggressive and if you get your pitch, you let it fly. If you don’t you take it and you go get the next pitch. I thought we did a tremendous job of that — 14 runs on 17 hits. That speaks for itself.”