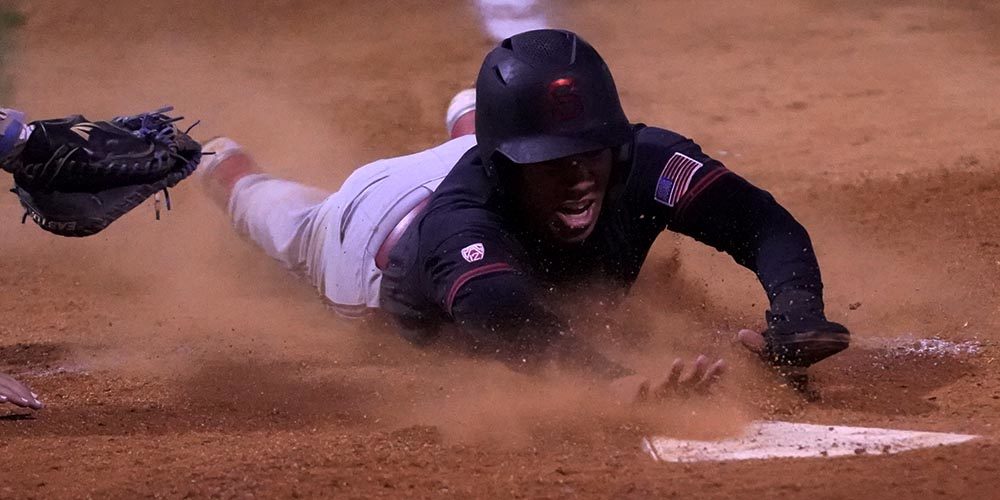 Stanford's Drew Bowser eats a bunch of dirt as he slides into home at UCLA.

LOS ANGELES — Had you told me that the first game between Stanford and UCLA would see a final score of 9-1, there ain’t no way I woulda believed you. That’s because nine of the Bruins’ last 10 games have been one-run affairs and the Cardinal have played 10 one-run games of their own as well, so there’s no doubt that these two talented teams would be headed for a white-knuckle finish, right? But again, that wasn’t the case tonight here in TinselTown.

In a showdown of Pac 12 teams that are jockeying for the top of the conference standings, the[…]