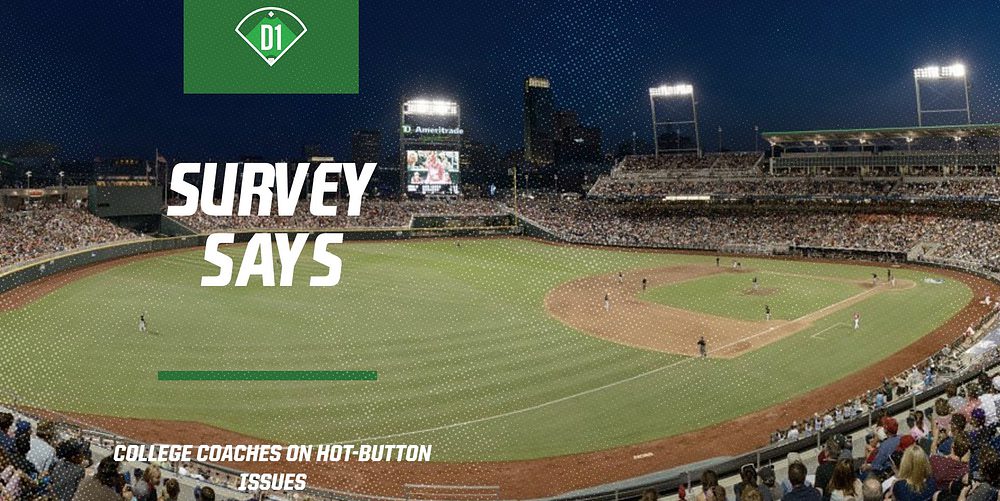 It feels like college baseball is at a crossroads. The cancellation of the 2020 season after just four weeks of play forced everyone in the sport to take a step back and take stock of where college baseball is and where it is going. The downtime naturally led to some creative thinking, and breathed new life into the old idea that the sport as a whole would benefit by moving back its start date and pushing the College World Series into July. Our Kendall Rogers broke the news in May that power-five conference coaches had painstakingly crafted this idea into a proposal dubbed the “New College Baseball Model,” and our conversations with coaches around the country suggested the proposal had legitimate momentum.

But we wanted to find out just how deep that support ran, so we sent a survey out to all 302 Division I college baseball programs, asking coaches to weigh in on the new model and a number of other hot-button issues that have cropped up this year. About two-thirds (196) of the D-I programs answered at least some of our questions, giving us a pretty good sample size. It’s worth noting that programs from the stronger baseball conferences generally submitted answers at a higher rate than other programs, so these results aren’t a scientific reflection of the will of the entire college baseball community. Think of it as more of an informal straw poll, but with plenty of data points.

Let’s get to the results, starting with the biggest question — the new model. …

Click below to read the mailbag and use code SUMMER20 to get 25% off an annual subscription!