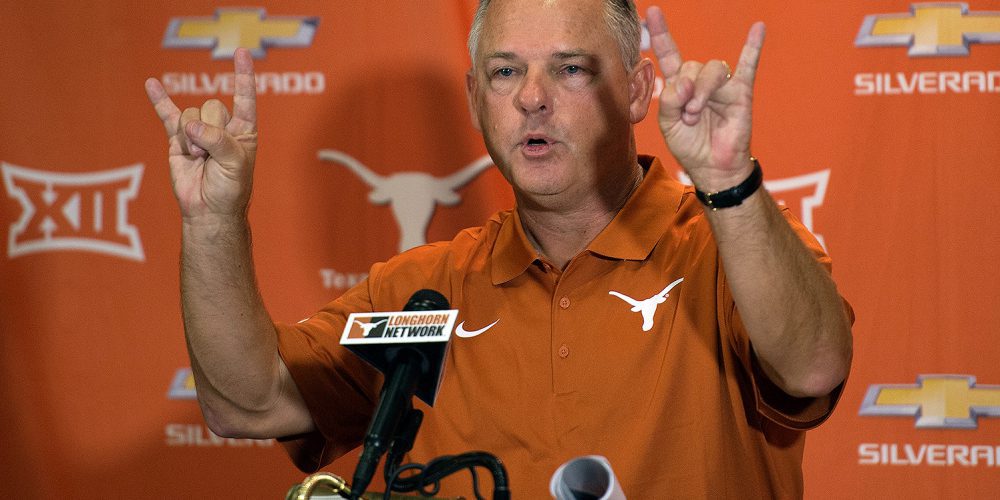 AUSTIN, Texas — As teams converged on the College World Series in Omaha this past June, Texas, one of the most historic programs in college baseball, was in the midst of a coaching search after parting ways with legendary former head coach Augie Garrido. UCLA’s John Savage, Florida’s Kevin O’Sullivan, Oregon State’s Pat Casey, LSU’s Paul Mainieri and others were names that surfaced as legitimate candidates, while Tulane’s David Pierce, a hard-nosed, consummate Texan, was another name in the mix.

Savage and O’Sullivan each got hefty raises to stay put at Florida and UCLA, respectively, while Casey had family reasons to stay in Corvallis, and lastly, Mainieri had some flirtations with Longhorns administrators, but to no one’s surprise, stayed put in Baton Rouge.

All of those happenings led the Longhorns to Pierce, a good coach with a terrific background and a uniquely Lone Star State pedigree. But most important, he was someone that grew up in Texas, constantly dreaming about the prospects of playing or coaching the prestigious Longhorns, which in addition to six national titles have the most CWS appearances in the history of college baseball – 35.

Everything that could’ve pointed to fate coming into play did so. Pierce was a candidate for the Alabama head coaching job after Mitch Gaspard resigned. He tripped to Tuscaloosa, Ala., to get the grand tour and check out the Crimson Tide’s facilities. In the end, though, finances came into play for the Tide and they ended up targeting East Carolina’s Cliff Godwin and Louisiana Tech’s Greg Goff, with Goff, another rising coach, being the hire.

Pierce could’ve ended up with the Crimson Tide with a script “A” on a crimson hat. Instead, he’s entering the second month of his dream job in Austin, where he’s hoping to guide the Longhorns back to glory after the program scuffled the past couple of seasons, most recently finishing the 2016 campaign with a 25-32 overall record, and of course, no NCAA postseason appearance.

Each step along the way at places such as Sam Houston State and Tulane have presented different challenges and Texas won’t be any different despite a vast amount of resources and a returning roster that, strangely enough, has the potential to make some noise in 2017 with a hefty crop of talented pitchers, among other key pieces.

“I think at a place like Tulane you can get some of the best players, you just can’t get as many of those players, you really have to develop. I think we’re finding out here [at Texas] that this is a trademark school where we’re representing a lot of people in this state.

“I’m thrilled to be here, and I truly think every year, we should be in a position to potentially get to Omaha,” he said. “We should be a regional team every year, and once you get into regionals, anything is possible from that point forward. The one thing that I will say is I really like the echo and thought that I hear around here, it’s still all about Omaha. There’s a lot of conversation about Omaha. I’m not sure anyone around here is looking at things any differently than in the past.”