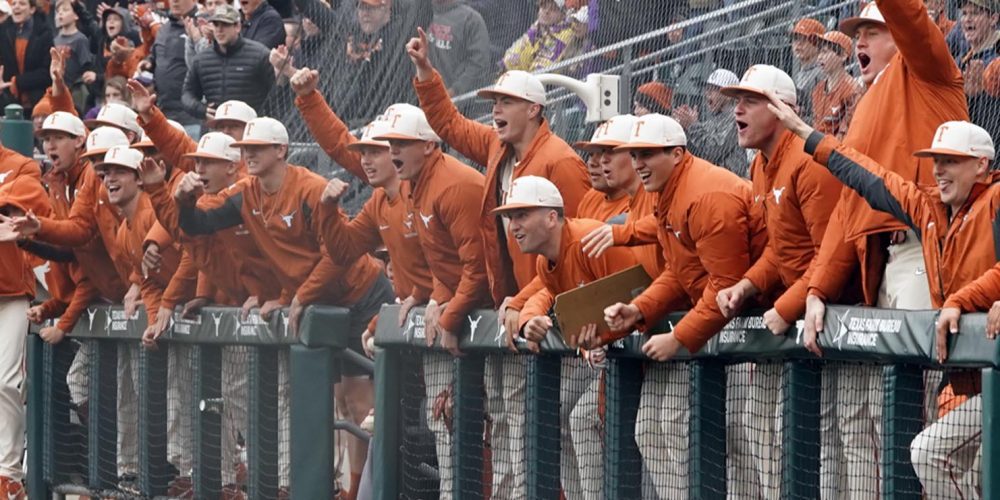 The Longhorn bench approves of a bases-loaded walk in the win over LSU.

AUSTIN, Texas — Friday night was a tough act to follow in Austin.

It was the opening game of a three-game series between two of college baseball’s true blue blood programs. One could even argue that in 2019 LSU and Texas are THE two best programs in the country, in terms of facilities, resources, fan followings and name cache’ on the recruiting trail. And maybe in crowd noise too.

But that Friday night anticipation had a real buzz to it. As my colleague Kendall Rogers wrote about after[…]