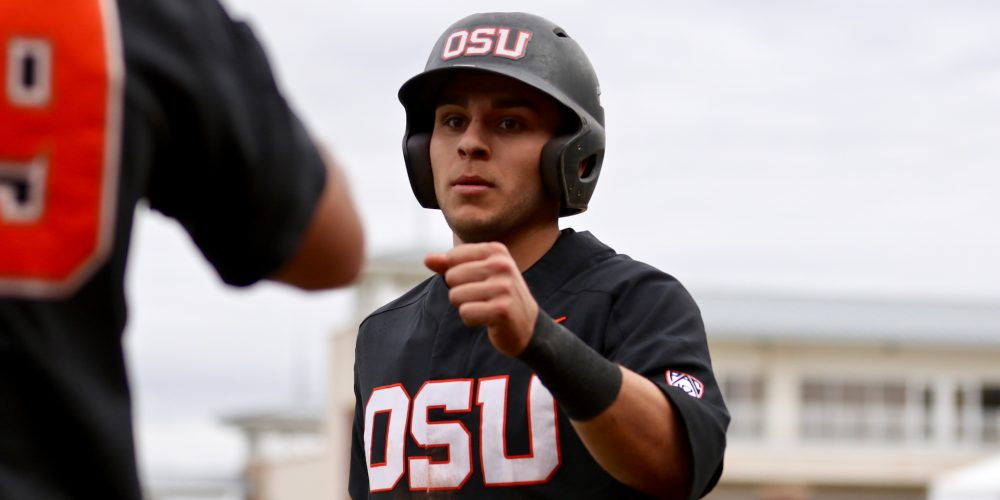 As another college baseball season winds down, it’s time to express thanks to all the people who make it such a joy to cover this sport for a living. We never forget how fortunate we are to have these jobs, and we never take it for granted. So first and foremost, here’s a huge thank you to all of the fans — and especially the D1Baseball subscribers — whose passion for the game has allowed us to build our small business.

Thanks as well to all of the NCAA support staff for putting on a fantastic tournament once again this year. The College World Series is a first-class event, and they take very good care of us media members in the TD Ameritrade Press box. The CWS gets better and better every year.

Finally, thanks to the players. It is a real treat to watch these talented young men do amazing things on the field all season, and I always enjoy the chance to get to know many of them a little bit. Our game is full of great personalities.

So here’s my annual list of the players I most enjoyed covering in 2018. These are all players I covered in person this season, and they stood out to me for being fun to watch, or for being great interviews, or both. This year, it was just too hard to narrow it down to one player per position, so I decided to cop out and build a 40-man roster, with no set limit on the number of players at each position. Given my longstanding affinity for dynamic short guys, you shouldn’t be surprised to see eight second basemen on this list, all of them undersized and awesome. But being short is not a prerequisite for making the All-Fitt team (though it certainly helps!); there are plenty of big, strong stars on this list.

Oregon State’s Nick Madrigal is the captain of this year’s team — he’s the All-Fitt prototype, a 5-foot-7 second baseman with exceptional baseball instincts and superb makeup. He’s one of the best college baseball players of the decade, a true inspiration for all of us little guys.

I’m also giving the press conference MVP award to Clemson’s Jordan Greene, who rates as an 80 on the charisma meter. His hilarious postgame interview after hitting a walk-off home run against Florida State this year was one of the highlights of the season for me.

Thanks to all of these guys for providing some great memories in 2018.

2B: Dupree Hart, College of Charleston