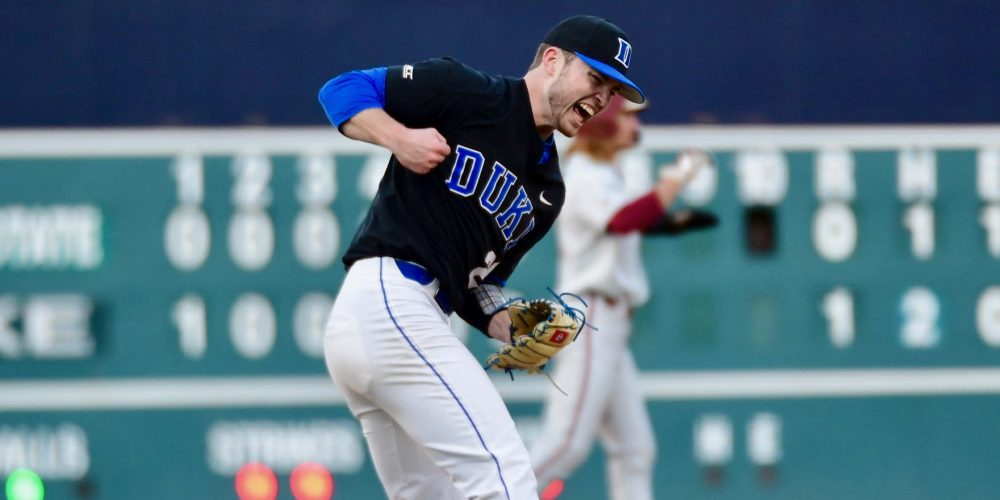 DURHAM, N.C. — Very rarely do the best-laid plans come to fruition as spectacularly as they have for Duke righthander Bryce Jarvis.

After being drafted in the 37th round by the Yankees as a draft-eligible sophomore last June, Jarvis turned down a substantial bonus offer and decided to return to Duke for his junior year, with the goal of boosting his stock into the top rounds and helping the Blue Devils break through to Omaha after back-to-back super regional appearances. He and his father Kevin, a former 12-year major league pitcher turned scout, mapped out his path meticulously.[…]