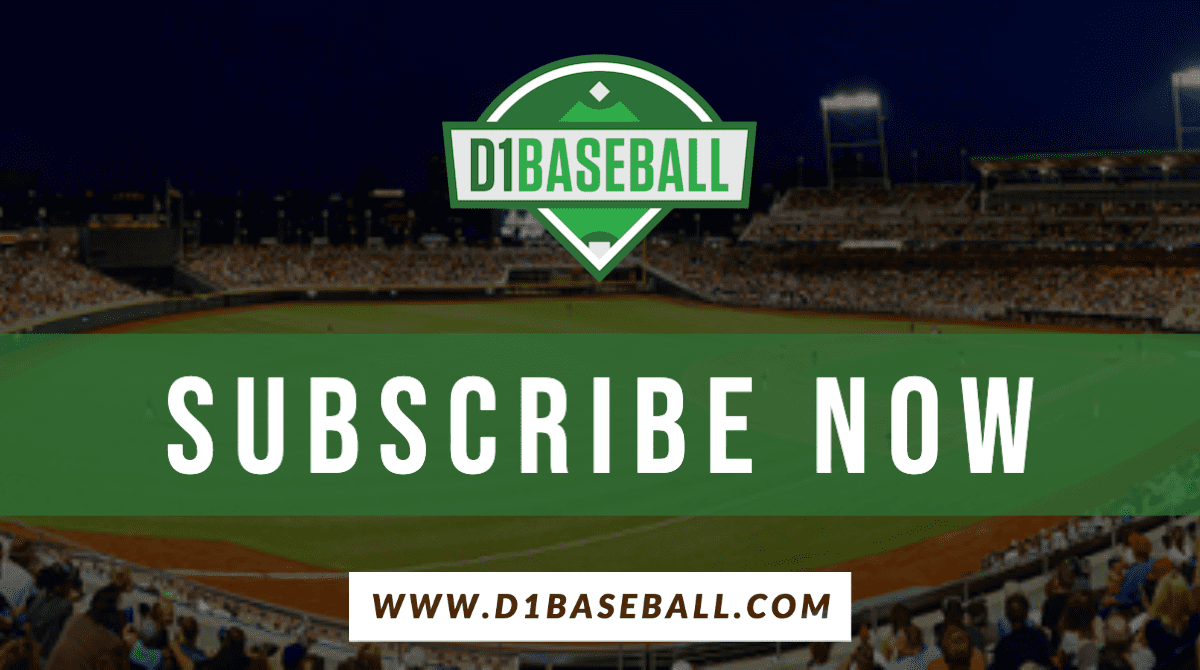 What? You think it’s too early in the season for the Ouch List to be issued? Poppycock.  Let me tell you something college baseball, StitchHeads, the Pain Train starts from pitch one on Valentine’s Day to pitch 2,894,025 on June 26th. (Yes, I took the painstaking steps to count each and every pitch from D1 baseball last season).

Pain is an underlying theme all season long and season after season. It’s like the Terminator, it doesn’t feel remorse, it can’t be reasoned with and most of all, it never stops.  Admittedly, some Ouch Lists are worse than others to be on. For instance, you do not want to be on the Ouch List following the conference tournaments, because that could mean an end of a season or bad mojo going into June.  So take heart first-of-the-season Ouch Listers. This is probably the least painful of all Ouch Lists. Although still, it’s paaaaaaaain, man. The Ouch List…

What Happened: Swept in four at New Mexico State.

Why It Hurts: Repeat offender.

Yes, we’ve been down this road before. Last year, in our first iteration of the Pain Train, the Tigers were feline sacrifice for New Mexico State to the tune of 98-19 in a four-game sweep. This year? Same thing, but a little bit better this time. TSU was only outscored 49-21 in a four-game sweep vs. the Aggies. Unsurprisingly, All-American Nick Gonzales went haywire on the flimsy Tiger pitching, cranking four home runs, two doubles and 17 RBI in the four games. But this DOES beg the question, who the hell schedules these sacrificial road trips for TSU?

What Happened: Stanford and Cal both lost series to Big West foes

Now this is certainly NOT an indication that Cal State Fullerton and Long Beach State are run-of-the-mill rummies. They could both be really good this year. But Stanford managed to plate just two earned runs in 27 innings vs. the Titans (they went 1-2 on the weekend) and the Bears nearly got swept if not for a pair of crucial Dirtbag errors in the eighth inning on Sunday which allowed them to pull out a come-from-behind 7-5 win. All four of these teams are worth watching as we go forward, particularly the Titans who look to have their pitching back up to standard.

What Happened: Got Mike Martin Jr. era kicked off with a thud.

This could not have gone over well with the Seminole faithful. The first game after the living legend retires following 40 years of wild over-the-top success and it all goes Ker-PLUNK for his son. The Purple Eagles from the MAAC (no, not the MAC, but the MAAC) pulled off a 3-1 win on Friday night. Oof. Credit the Noles though, they roared back and took the next two games by 24-4 and 11-1 scores. Yeahbutstill…

What Happened: Swept at TCU

Why It Hurts: Falling short of heightened expectations.

This matchup was one of the ones I was most looking forward to going into the opening weekend considering the Wildcats were one of the most experience teams returning this season. But it ended up being a big stubbed toe for them instead. Despite returning seven starters and nearly all of their pitching from a year ago, the Bat Cats were outscored 22-7 by the Frogs. Nick Mingione’s boys might have more of a hill to climb this season than I thought.

What Happened: Went 0-3 at the Angels College Classic in Tempe, AZ

Why It Hurts: Not a good way to start a new era.

It was a tough weekend for the beginning of the Mark Wasikowski era in Eugene. The Ducks were in a fight in all three games against Minnesota, San Diego and Pepperdine. But in all three games, they came up painfully short, losing 10-8 in a four-hour marathon on Friday night vs. the Gophers, then giving up the losing runs in the ninth inning against both the Toreros (a 6-5 loss) and the Waves (surrendered four runs to lose 8-5) on Saturday and Sunday.

What Happened: Went 1-2 against Youngstown State

Why It Hurts: You don’t lose games in February to a team named the Penguins

Everything started off well enough for the Cougars, who were in our “next 10” teams just outside the D1Baseball preseason Top 25, winning game one 7-3. But then the Red & White blew a pair of games to the Penguins. And to make matters worse, they were both in extra innings. YSU scored three runs in the 11th inning of Saturday’s game on Steven D’Eusanio’s three-run ding-dong to left, pulling out a 6-3 win. On Sunday things got even more painful as the Penguins scored four runs in the ninth inning to tie the game, then two more in the 10th inning to win it 8-6. Freshman Andre Good, playing in his first collegiate game, homered twice (the second one tied the game in the ninth) and also hit a two-run single to plate the winning runs.

What Happened: Went 0-3 in their own tournament

Why It Hurts: A tough start for a hurting program.

New coach Matt Deggs is going to do big things in Lafayette, but the Deggs era got off to a rough start, as the Cajuns had the misfortune of losing all three games to in-state programs, 3-2 to Southeastern Louisiana and 2-1 and 10-0 to Louisiana Tech. The worst part of all of it was that both losses to the Bulldogs saw the Cajuns get just one hit in each. They added just five hits in game one to go a combined 7-for-90 with 32 strikeouts on the offensive side of things.

What Happened: Indiana State and Illinois State had tough weekends

Why It Hurts: Indicates both could be headed for the middle of the pack in the MoValley.

Of course, one weekend is not enough to gauge a season on. But these two ISU’s had remarkable campaigns last year where they both went to the Regional finals and finished in the top 25 of the RPI. But this weekend the Sycamores got swept in three games at the Snowbird Classic, one by blowout (11-1 loss to Pitt), one by a single run (4-3 loss to Kent State) and one in extra innings (10-6 loss to Ohio State). Meanwhile, the Redbirds didn’t have it quite as bad, going 1-2 at Little Rock. But they lost the Saturday game 7-6 by giving up three runs in the bottom of the ninth inning with the help of two walks and an HBP. As this article says at the top… Ouch.

What Happened: Lost two games in the final inning.

Why It Hurts: Most considered this the best bullpen in the country.

At this time last year the Commodores pitching was listed here on the Pain Train after giving up 28 runs in three games at the MLB4 Baseball Tournament. This time, the ‘Dores leave the desert with a pair of losses, to Michigan and Cal Poly. And even more stunning is the fact that All American reliever Tyler Brown was saddled with both losses, giving up a two-run home run to Matt Schmidt to drop the Michigan game, and then giving up a pair of RBI sac flies to drop the Cal Poly game. Even though we are giving them the Rock-like single raised eyebrow for now, if last year is any indication, the Anchor Down boys will turn out just fine.