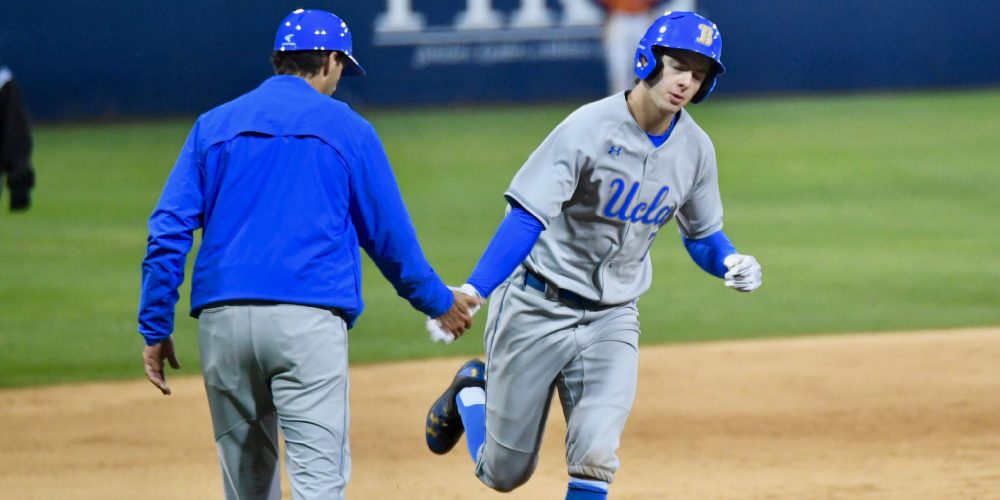 Toglia Flexes His Muscle For UCLA

FULLERTON, Calif. — Michael Toglia drew strong interest from scouts coming out of high school in Gig Harbor, Wash., but he was determined to honor his commitment to UCLA. Signability caused him to drop to the 35th round of the draft, and when he showed up on campus, it wasn’t really a question of whether he would become a star. It was only a matter of when.

Because this is how you draw up an elite power hitter. An athletic former basketball star with a 6-foot-5, 209-pound frame. A switch-hitter with incredible leverage in his swing from both sides of the plate. Toglia’s huge raw power was never in question — he just needed to refine his offensive approach in order to fully unlock it.

Boy, is it unlocked now.

Toglia put on a jaw-dropping show in UCLA’s 12-2 blowout of Cal State Fullerton on Tuesday night at Goodwin Field. The air was damp and cold — usually a recipe for harmless fly balls in Southern California — but Toglia didn’t care.

It was actually a close game after seven innings; UCLA led just 3-2 when Toglia strode to the plate with one out in the eighth against prized Fullerton freshman Tanner Bibbee, who had been dealing since entering the game in the second. Toglia hit from the left side against the righthanded Bibbee, and he turned on an 87  mph fastball a little down and in, launching it way over the signage beyond the right-field wall and high into the trees beyond. It was a moonshot — but Toglia wasn’t done.