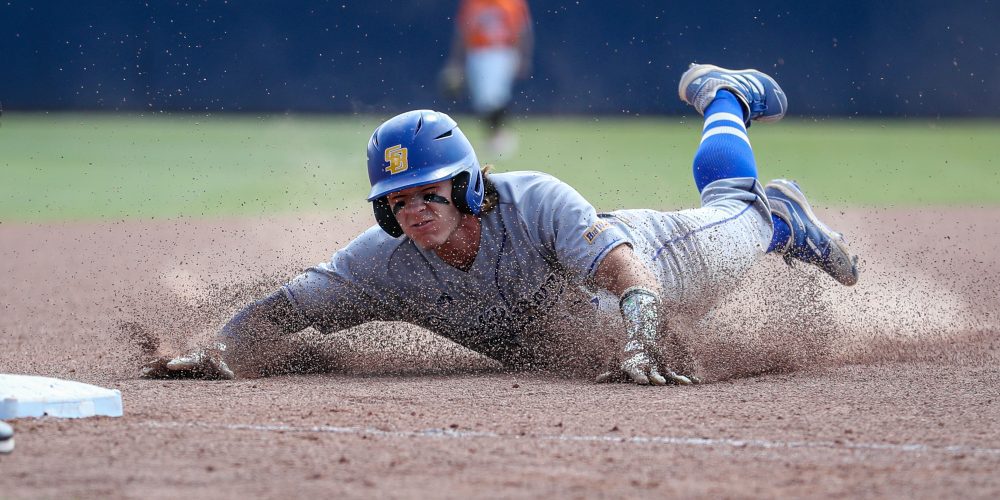 UCSB put up 14 runs in a win over Oklahoma State. (Shotgun Spratling)

TUCSON, Ariz. — It won’t be long until Skynet is taking over the world. The robots are getting more and more lifelike, including the left-handed Rodney Boone model that wears No. 10 for UC Santa Barbara. The latest update to the model has it even showing some occasional emotion.

The Boone is traditionally an efficient machine that doesn’t use a lot of variety, primarily throwing just a fastball and a changeup, as it goes about its task without much effort. It’s ruthless in its simplicity and frustrating to the humans trying to defeat it. It hardly shows any wear and[…]