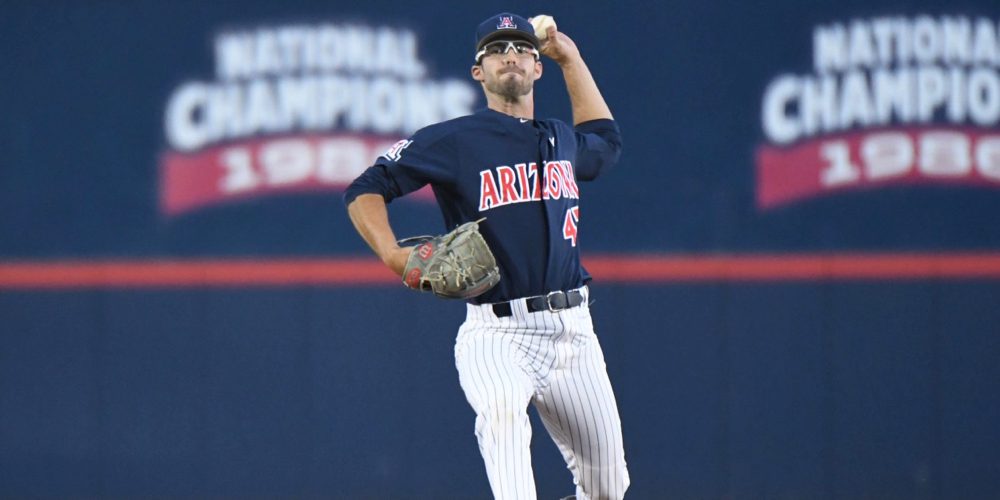 TUCSON, Ariz. — Arizona never would have reached the CWS Finals last year without lefthander Cameron Ming’s sterling work in the bullpen. Over the course of 19 pressure-packed postseason innings, Ming posted a 2.37 ERA. He made six appearances in Omaha, where he logged a 2.84 ERA in 12.2 innings and earned two saves. The Wildcats called upon him in moments of truth and leaned upon him for multiple innings at a time, and his fearlessness and resilient arm seemed tailor made for that crucial bullpen role.

Arizona coach Jay Johnson loved having Ming as his security blanket in the late innings, but when his weekend rotation needed a boost midway through Pac-12 play this spring, Johnson made the tough choice to slide Ming into a starting role. And Ming has proven to be just as valuable and just as effective in the rotation as he was in the bullpen.

Ming allowed just a run over six innings in his first Pac-12 start two weeks ago against Utah. He pitched well in a tough-luck loss last week at Stanford, allowing two earned runs over 6 1/3. But he turned in his best outing yet on Saturday against Washington, giving up just one run on five hits and no walks in his first career complete game to lead the Wildcats to a series-clinching 3-1 victory. He struck out six and needed just 100 pitches to go the distance.

It was reminiscent of his work in Omaha — except it lasted nine innings.

“You know, as good as he was during the postseason, he’s been better this year,” Johnson said. “He got off to a great start, had a little spurt where he had to work through some things, and since he’s got past that, he’s improved. Just strikes, he’s not gonna overpower you. It’s not going to be dominating, electric stuff. But it’s a whole lot of confidence and a whole lot of purpose to every pitch he throws.”