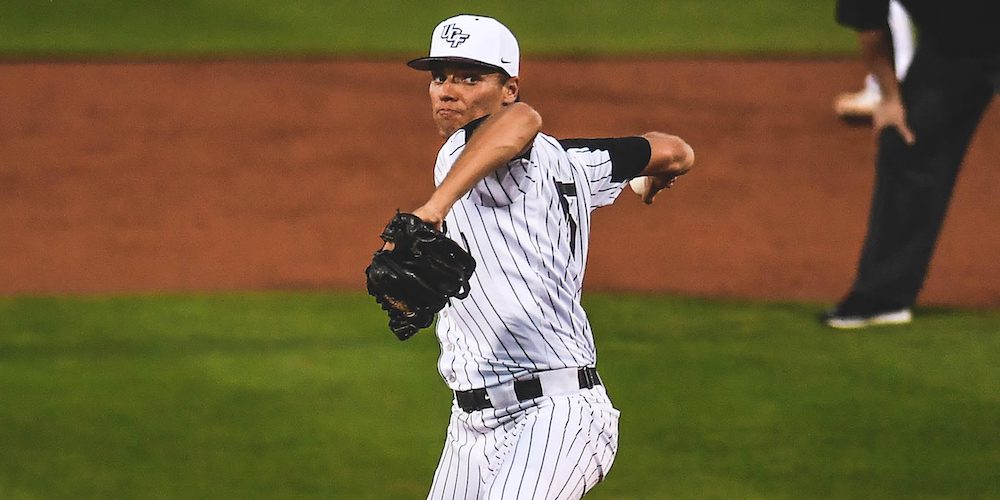 UCF, Holloway Not Deterred By Danger

ORLANDO, Fla. — UCF junior righthander Trevor Holloway sure likes playing with fire. Fortunately for the Knights and coach Greg Lovelady, he does his part to avoid getting burned.

He didn’t walk that many batters against No. 22 Auburn on Saturday, but inconsistent command once again was an issue at times. And just like last[…]