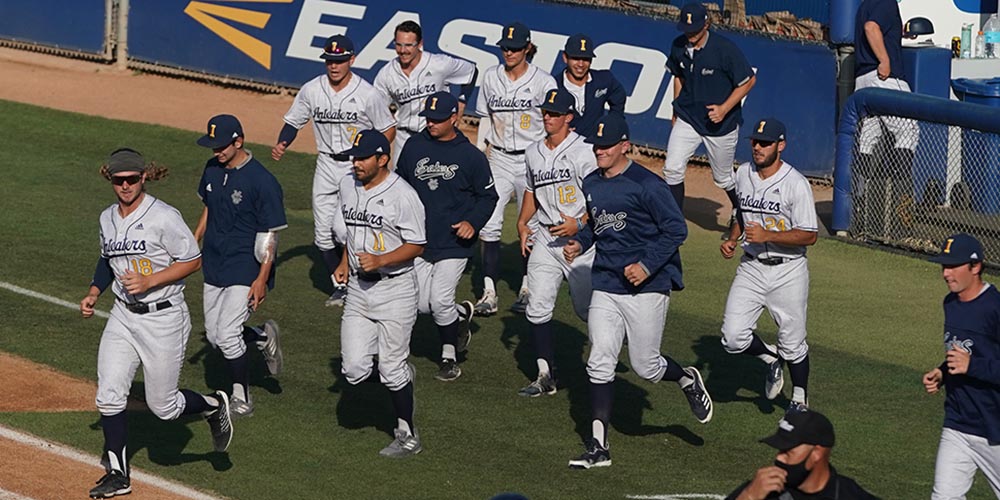 Striving out with confidence. The Anteaters jog out to celebrate one of their two wins over UC Santa Barbara on Saturday.

SANTA BARBARA, Calif. — Well I guess it was just a case of the Anteaters spitting fire out of their eyes after what happened on Friday night and dead-set on making amends.

In the lidlifter between these two ISR top 25-ranked teams, the ‘Eaters lost 6-5 to the Gauchos but had the bases loaded with no outs in the bottom of the ninth, yet they could not get that tying run across, nor the winning run for that matter.

They didn’t come close to having that problem today. The Anteaters took a pair of rather comfy 5-1 and 6-0 wins[…]