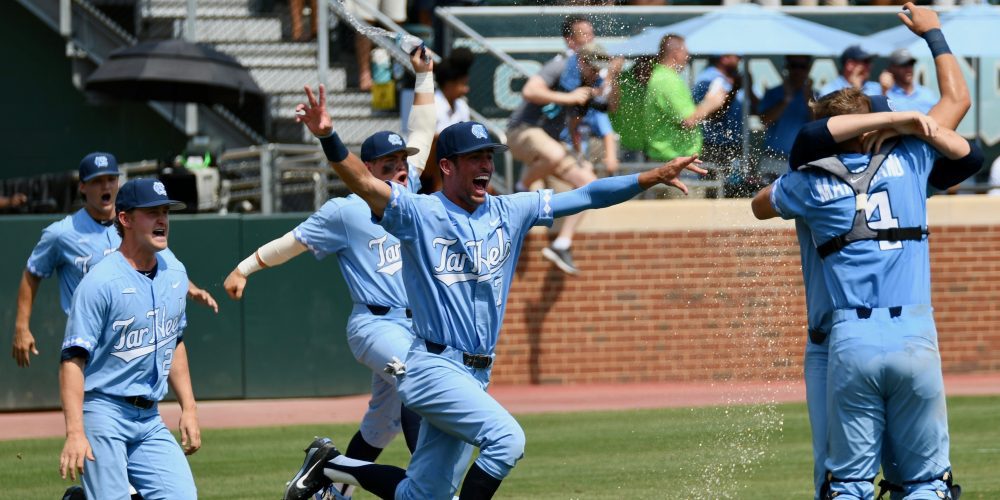 CHAPEL HILL, N.C. — After dropping the first two games of its ACC-opening series at Louisville, North Carolina found itself stuck in the mud at 7-7 on the season, struggling to jumpstart its inconsistent offense. Ace Gianluca Dalatri had gone down with a forearm strain two weeks prior, and UNC didn’t exactly look like a club destined to live up to its No. 6 preseason ranking.

But Tar Heels coach Mike Fox remained confident that his team was on the brink of finding its stride.

“Our response to (the players) is we don’t feel like we’ve played what we’d call even our ‘B’ game yet, and we’ve lost six games by nine runs,” Fox said after his club salvaged the March 11 series finale at Louisville. “We’re so close.”

Fast forward 13 weeks. After the balanced, relentless UNC offense cranked out 14 hits in a 7-5 win against Stetson that sent the Tar Heels to the College World Series for the first time in five years, third baseman Kyle Datres was asked if this is the best the offense has played all season.

“I thought we were really good to start the year, 7-7, we were crushing the ball all over the park,” Datres deadpanned. “No, I’m just kidding. But yeah, we’re coming together at the right time right now, and that’s what you need in a ballclub. Baseball’s a lot about momentum, and we’ve come together and we’ve put a lot of good swings on the ball here lately. So just going out there and having a quality at-bat, whether you get a hit or not, just squaring the ball up, eventually good things are going to happen, and I feel like that’s what we’ve been able to do here lately.”