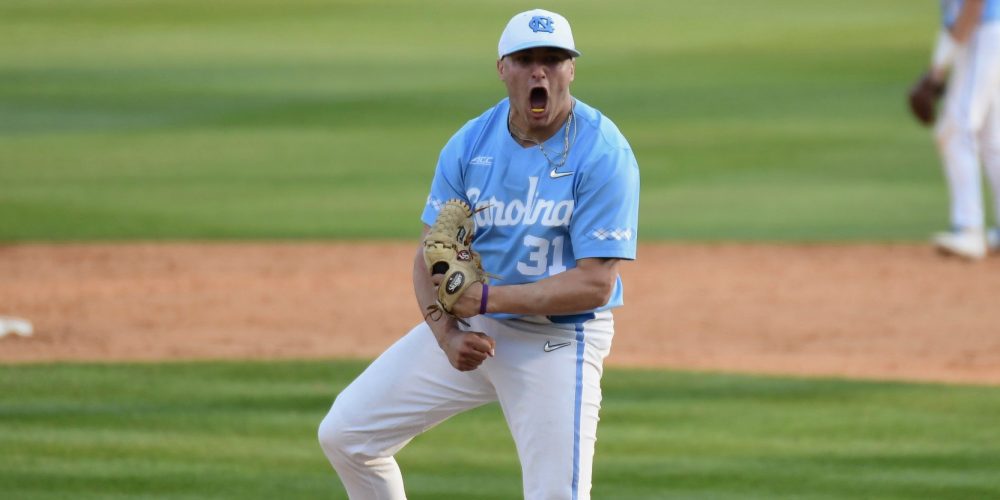 UNC Shows Its Mettle In Wild Win Over Duke

CHAPEL HILL, N.C. — The first half of the 2019 season hasn’t exactly been smooth sailing for North Carolina, but facing adversity early on can be a very good thing if a team can overcome it. That’s what happened last year for UNC, which started out the season 7-7 and went on to make the College World Series. This spring, the Tar Heels were a preseason top 10 team that raced out to a 12-1 record in preconference play, then faltered on the road in their first ACC series, getting swept at Clemson.

UNC has been working to dig out of that hole ever since, and the degree of difficulty was ramped up when it lost the series openers in its next two series, vs. Miami and at Virginia Tech. But the Heels came back to win both of those series, and Saturday they clinched their third straight ACC series with a stirring 8-7 win against Duke, bringing them over .500 in ACC play for the first time at 6-5.

“I think we’re still somewhat of a work in progress. But I think as you build some momentum and build some confidence, now we can really kind of move past that Clemson series,” UNC coach Mike Fox said. “I can’t say enough about our guys, coming back the next three (weekends). Losing Friday against Miami and winning the series, losing Friday against Virginia Tech and winning the series — that says a lot about the character of our team, I think.”

That resilience was on display again Saturday.