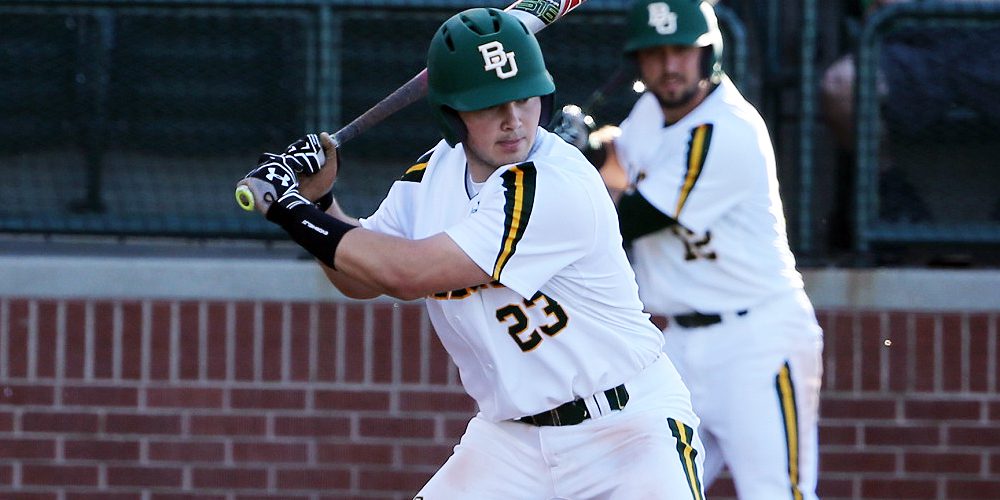 Shea Langliers has been a force for BU. (Baylor)

Under The Radar: Baylor Rising?

WACO, Texas — Overnight fixes seldom occur in college baseball, but Baylor second-year coach Steve Rodriguez might have a once powerful program headed the right direction much sooner than expected.

In just a few days, the Bears will trek to Houston to face the gauntlet of No. 4 LSU, No. 11 and No. 15 Texas A&M in consecutive days. The Bears could have a weekend to remember, or they might head home with a renewed sense of who they really are as a team.

But right now, it’s impossible to not see the progress the Bears have made[…]