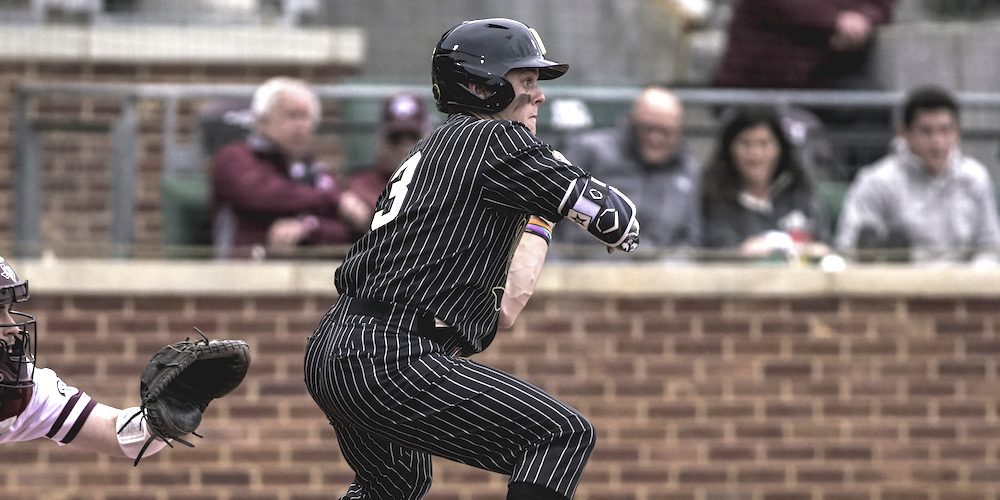 Vanderbilt Shows Off Versatility Against A&M

Yet, on the road, in one of the toughest environments in the Southeastern Conference, the Commodores kept their poise and were in total control of the Aggies for much of the night in a 7-4 victory to kick off conference play.

It wasn’t pretty. And it wasn’t exactly a statement-making performance by the Commodores. But it was a game where they showed they can win without playing even close to their abilities, while also putting their versatility on display for everyone to see. In a weird way, it made us marvel at just how good this Vandy team will be when all the pieces come together.

“We have to do a better job in certain situations of playing that friendly defense of putting people on base,” Vanderbilt coach Tim Corbin said. “In most cases, you’re going to pay for it. We didn’t tonight, and our guys realize that. We don’t want to make a big deal about it, but we need to clean some of those up or it’s going to get us.”

The series opener between the Aggies and Commodores was expected to be a showcase for Vandy starting pitcher Drake Fellows and Texas A&M lefthander John Doxakis, who looked to return to normal after allowing three runs and seven hits in four innings in a loss to Gonzaga a week ago.

The first inning was ugly. The inning lasted over 30 minutes and both pitchers had trouble closing out the other team. Doxakis, for instance, began the game by punching out Cooper Davis on an 81 mph slider, but Austin Martin, who returned to the lineup from a suspension, laced an RBI single on a 91 mph fastball. Doxakis then struck out Bleday on a slider and appeared to be on his way to escaping the frame. But he walked Stephen Scott and Pat DeMarco, who had a mature offensive approach all night, roped an RBI single to left. He finally escaped the inning with a fly out from Philip Clarke.

Fellows didn’t fare much better in the first but avoided a disaster. He got a fly out from Bryce Blaum to begin the bottom frame before walking three-straight A&M hitters to load the bases. Will Frizzell then grounded out to score a run before Fellows again walked an A&M hitter to load the bases. This time, he had a gut check moment and punched out Cam Blake to escape the inning. Fellows scuffled with his command early but didn’t allow a hit from the second inning until the sixth before turning things over to the bullpen.

“It was just early — that early command. We’ve seen that in a couple of games, and that’s not really like him. We were very fortunate in the first just to get out of the inning [with one run allowed].” Corbin said. “He regained his balance, which was the most important thing, because he could easily have not. To get as deep as he did in the sixth was very helpful for us and I thought he did a nice job of getting back on balance. Those middle innings were pretty good.”