OMAHA — It’s like deja vu all over again for Vanderbilt. So, it hopes.

The Commodores dropped the series opener of the CWS Finals to Michigan Monday night. And though Tim Corbin’s club has their back against the wall and now must win two-straight games to win the program’s second national title, they’ve been in a similar position already this postseason.

They’ve also been in this position with super-talented freshman righthander Kumar Rocker on the mound.

“The deal with Rocker is that breaking ball breaks late and has some depth,” Michigan coach Erik Bakich said. “So, that’ll be tough. But these types of games are all about who can play the best.”

While Vandy could enter Tuesday’s contest with some apprehension, it likely won’t knowing that Rocker is on the mound. He’s been unreal in the postseason.

Back in the Nashville Super Regional, Vandy lost the series opener to Duke in ugly fashion. The Commodores lost 18-5 to be exact. They were down, but weren’t out, and they looked to Rocker to right the ship in the second game.

He did just that and more, putting together one of the best performances in NCAA postseason history, striking out 19 Duke batters on the way to a no-hitter and 3-0 victory. A no-hitter in a super regional in a must-win situation. It doesn’t get more clutch than that, and it gives you an idea of the mindset that Rocker has and will have in this must-win bout against Michigan.

Vandy’s Kumar Rocker was outstanding in his first start in Omaha. (Eric Sorenson)

“Everyone knows about his performance in the super regional. He’s a super-talented guy and he has all the tools,” red-hot. Michigan slugger Jimmy Kerr said. “We’re going to break him down tomorrow before the game and see where our game plan goes from there.”

If Rocker’s first performance in Omaha is any indication, fans could be in for a real treat. Against Mississippi State in the winner’s bracket game last week, Rocker struck out six, walked one and allowed just a run and five hits in six innings.

The attack from Rocker is simple. He’s going to give hitters a steady diet of 90-94 and up to 95 mph heaters. However, his bread and butter is a swing and miss breaking ball that is filthy when commanded. Rocker also gets a lot of swings and misses on the pitch even when he doesn’t have pinpoint command of it.

Rocker said last week the key against him is to sit fastball. But even more than that, it’s especially important for Michigan to lay off the breaking ball low in the zone and in the dirt. If the Wolverines can stay patient and force Rocker to throw the ball over the plate, there’s a decent chance they are hoisting the national title trophy at the pitcher’s mound later tonight. 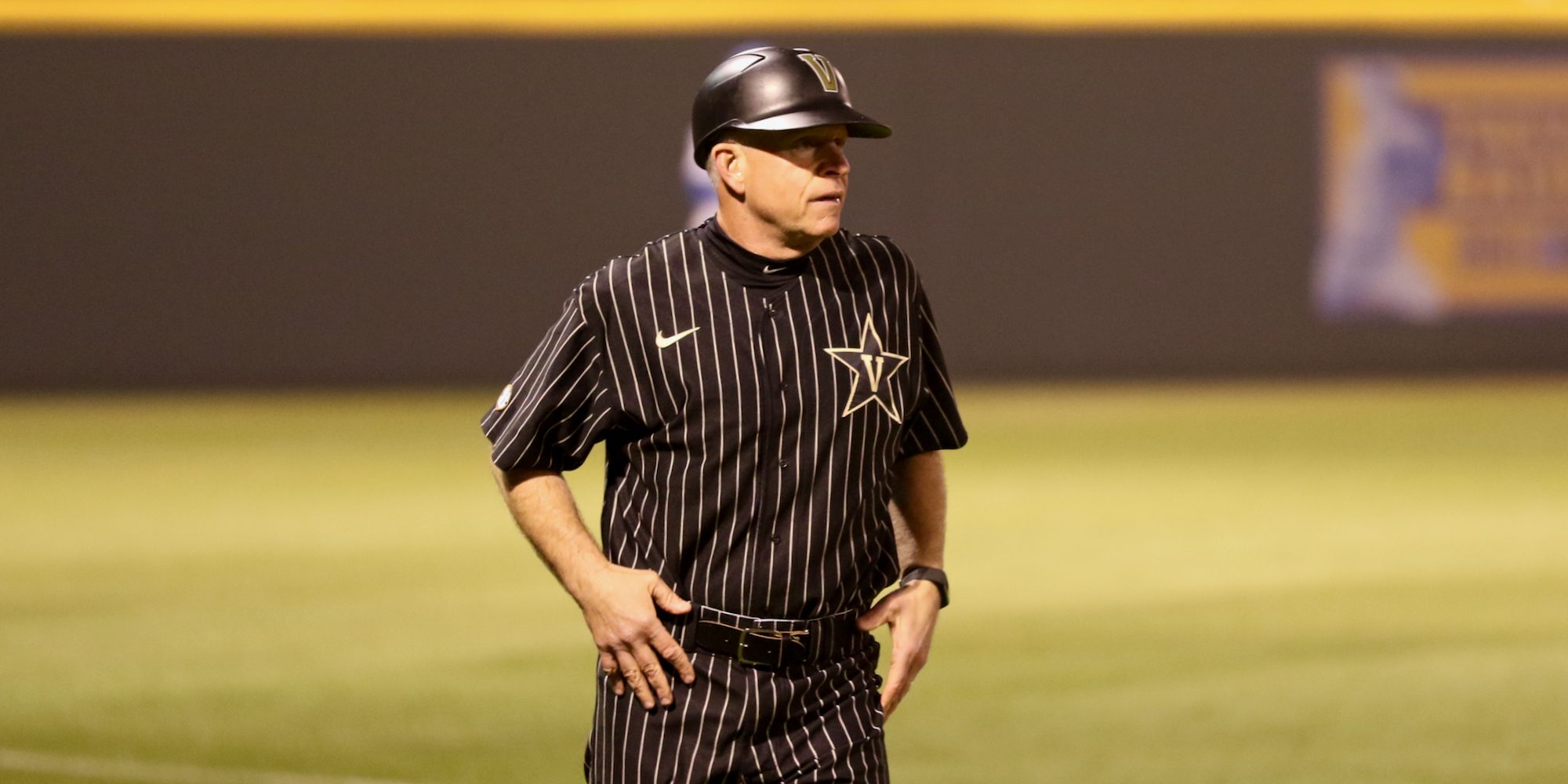 But if Kumar does what Kumar has done the past few weeks, and, really, the last half of the season, Vandy will extend its season at least one more day and keep its national title hopes alive.

“Our approach in this tournament is the same ever since the SEC tournament. Everything is a one-game tournament,” Corbin said. “It doesn’t go any further than that.”

Some would say it’s not optimal for a team to put the weight of the season on the shoulders of a freshman. But Rocker is no normal freshman. He’s an outlier and he’ll likely be ready to roll against the Wolverines.

“He was a freshman in September,” Corbin said about Rocker. “You know, he’s pitched a lot of baseball games. I think age is really not going to be a factor right now. I think the biggest part of him is he’s been on the mound before and he’s got confidence in himself. But he’s going to have to pitch pretty well against this team. They’re pretty good.”

And thus we see if Rocker can add to his already-robust legacy.